Thanks to Eileen Loucraft for sharing the following about the Hood Smokestack on Thorndike Street that was damaged by lightning over the weekend:

Since the lightning strike in Lowell last night damaging the Hood smokestack on Thorndike Street at the former C.I. Hood patent medicine plant I thought I’d explain the connection with the Hood Milk smokestack in Charlestown, MA. 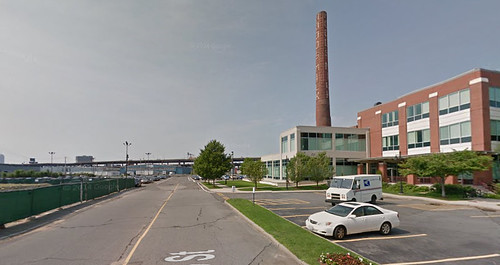 Harvey Perley Hood was born in Chelsea, Vermont on January 6, 1823. He founded Hood Dairy in Charlestown, MA and expanded throughout New England. The family sold the company some years ago. The Hood Milk smokestack in Charlestown can be seen by all who drive into Boston from Route 93. It is quite noticeable right before the Bunker Hill Monument. New Englanders have been buying Hood dairy products for years (milk, cream, ice cream and Hoodsie cups).

Charles Ira Hood was born in Chelsea, Vermont December 11, 1845. He founded Hood Laboratories and moved to Thorndike street in 1883. He made patent medicines sarsaparilla, tooth powder and lots of advertising.  He also had a large farm in North Tewksbury where he raised award winning Jersey cows. Anyone coming into Lowell via the Lowell Connector and taking the Thorndike Street exit will notice the 100 foot smokestack. He was married and lived on Andover Street but did not have any children.

Seeing that they were both born in Chelsea Vermont seemed to be too big of a coincidence.  Come to find out they are second cousins as their grandfathers are brothers. The Hood family can be traced back to early America and even the Salem witch trials. 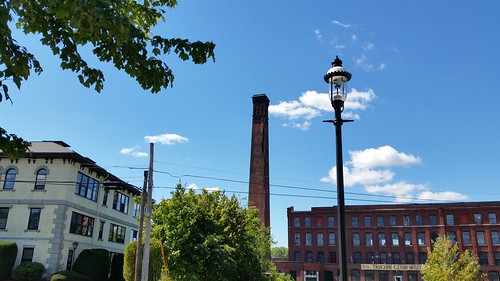 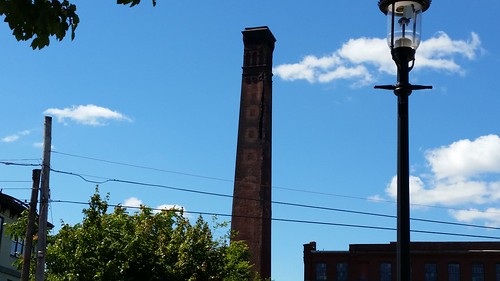