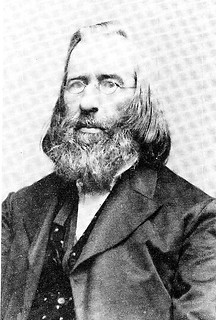 Soon after starting my job with Cultural Affairs at Lowell Historic Preservation Commission, Catherine L. Goodwin stopped by the office to discuss a Cultural Grant proposal. She showed me the catalog from the Samuel P. Howes exhibition at the Whistler House Museum (April 6-May 31, 1986) that she had curated with the Lowell Historical Society when Florence Marion was executive director of the Whistler.

“Eventually we were able to locate and show thirty-three works by this local artist,” Catherine proudly exclaimed as I thumbed through the booklet. My eyes suddenly riveted upon Howes’ portraits of Ignatius Webber Fellows, then at the picture of Sarah Jane Copps Fellows and to the opposite page with three of their children which Catherine told me had been loaned by the Antiquarian Society in Hopkinton, New Hampshire for the show. The name Fellows was immediately familiar because my stepfather, John Fellows Marshall, was then researching his ancestry and had recently taken us on a road trip to Hopkinton. 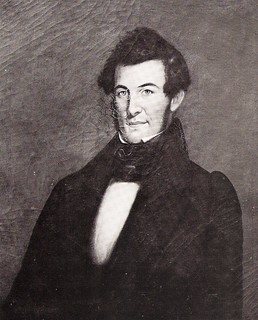 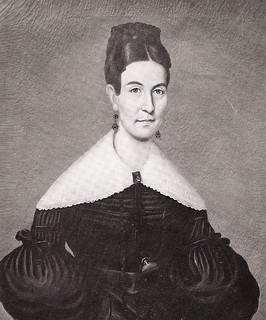 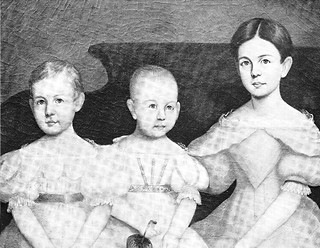 The little girl whose portrait was painted in Lowell by Samuel P. Howes in 1837 was indeed, Papa John’s grandmother. He had never before seen any image of her as a child and here she was, with her big sister, Mary and baby brother, Charles, beautifully rendered in oil on canvas along with portraits of both parents. All my stepfather previously knew was that Sally Fellows grew up to marry John Langdon Marshall from Nashua, NH. Over the next few weeks I spent my lunch hours in Pollard Library’s basement, combing through city directories and reading early Lowell newspapers on microfilm with the help of Peter Alexis, then in charge of Pollard’s historical collections. I sent frequent updates to my folks in Maryland and soon learned that my stepfather’s great-grandfather, Ignatius Webber Fellows, had been born in Hopkinton December 22, 1805. He married Sarah Jane Copps in June of 1830. I found from my library research that they lived in Lowell between 1833 and 1838 where Ignatius and his brother, Benjamin, operated a silver smith shop and worked as goldsmiths. They also advertised the sale of ‘watches for fair prices’ in several local newspapers. Ignatius, his wife Sarah and their children left Lowell in 1838 soon after his father died and returned to Hopkinton to take over the family farm, leaving the store in his brother’s hands.

Though the items sold by the Fellows brothers seem frivolous luxury items today, they serve to remind us what a boomtown Lowell was in the early days. Hard working mill girls from rural New England were enjoying their independence and had money to spend, likely for the first time in their lives. In 1830, most earned nine shillings in wages or between $2.25 and $3.50 per week. After paying $1.25 for room and board and sending something back home, the remainder was theirs to spend as they wished. How tempting those shop windows must have been as they strolled the streets amid the hustle and bustle of New Industrial Eden.

This explosion of opportunities for men and women with eyes on achievement and adventure also motivated Samuel P. Howes (1806-1881)to leave Boston where he had been working as a portrait painter since 1829. He obviously wanted to see for himself what all this excitement was over the new factory town. He arrived here in 1835, the same year the Boston & Lowell Railroad opened and a year before Lowell was incorporated as a city. Howe originally intended to remain a few days, perhaps a few weeks, joining other itinerant painters and folk artists, in setting up short-term studios. According to Catherine Goodwin, between 1826 and 1845 more than thirty portrait painters advertised shops and studios, offering samples of their achievements in Lowell newspapers.

Samuel P. Howes’ ad ran in the Journal & Weekly Bulletin on September 23, 1835: ‘Stopping in this town for a few days to paint full size likenesses for 10 to 30 dollars and miniatures 6 to 25 dollars.’ Examples were available for viewing at his rooms across from the Washington Hotel at 4 Central Street and later, at the Mansur Building on the corner of Central and Lowell Streets. Howes soon brought his wife, Martha Averill, and young son to Lowell where he spent the next 45 years of his life. Entrepreneurs, prosperous businessmen, shopkeepers and city officials all wanted to sit for portraits. Many a factory operative requested miniatures of their images painted on ivory and later, daguerreotypes, to send back home to their families.

For her Introduction to the Howes exhibition catalog and Paul D’Ambrosio’s Biographical Narrative, Catherine Goodwin combed through Lowell’s 19th century newspapers and city directories until she was able to pinpoint the various locations of Howe’s studios. In 1836, the painter lived and boarded at the Lowell Hotel while his address the next year was 17 Adams Street. The 1839 City Directory places Howe with his family on High Street. Researching Vital Records, Ms. Goodwin learned that in 1844 Howe divorced his first wife and subsequently married the former mill operative named Catherine Bennett. They lived on Gorham Street until 1853 when their residence changed to Central Street. Five years later, their address is 35 Walnut.

Samuel P. Howes was savvy at business, adapting to the changing technology. Listed as both Portrait Painter and Daguerrean Artist, he advertised ‘Daguerrean Rooms’ with ‘the latest and most advanced equipment.’ The advent of photography heralded fewer commissions for seated likenesses, so Howes turned increasingly to historical subjects and patriotic pictures, including George Washington, Ulysses S. Grant and William Sherman. For 34 years the artist’s studio was located at 112 Merrimack but in 1879, likely requiring more space for these larger canvases, he relocated to 224 Middlesex. After Lincoln’s assassination, the Lowell City Council paid $50 for both of Howe’s Presidential portraits to hang in the Common Council room and above the Mayor’s chair.

In the Lowell Advertiser of November 27th, 1839, this successful portrait painter publicly expressed his ‘grateful acknowledgements to the Citizens of Lowell for the liberal share of patronage already received.’