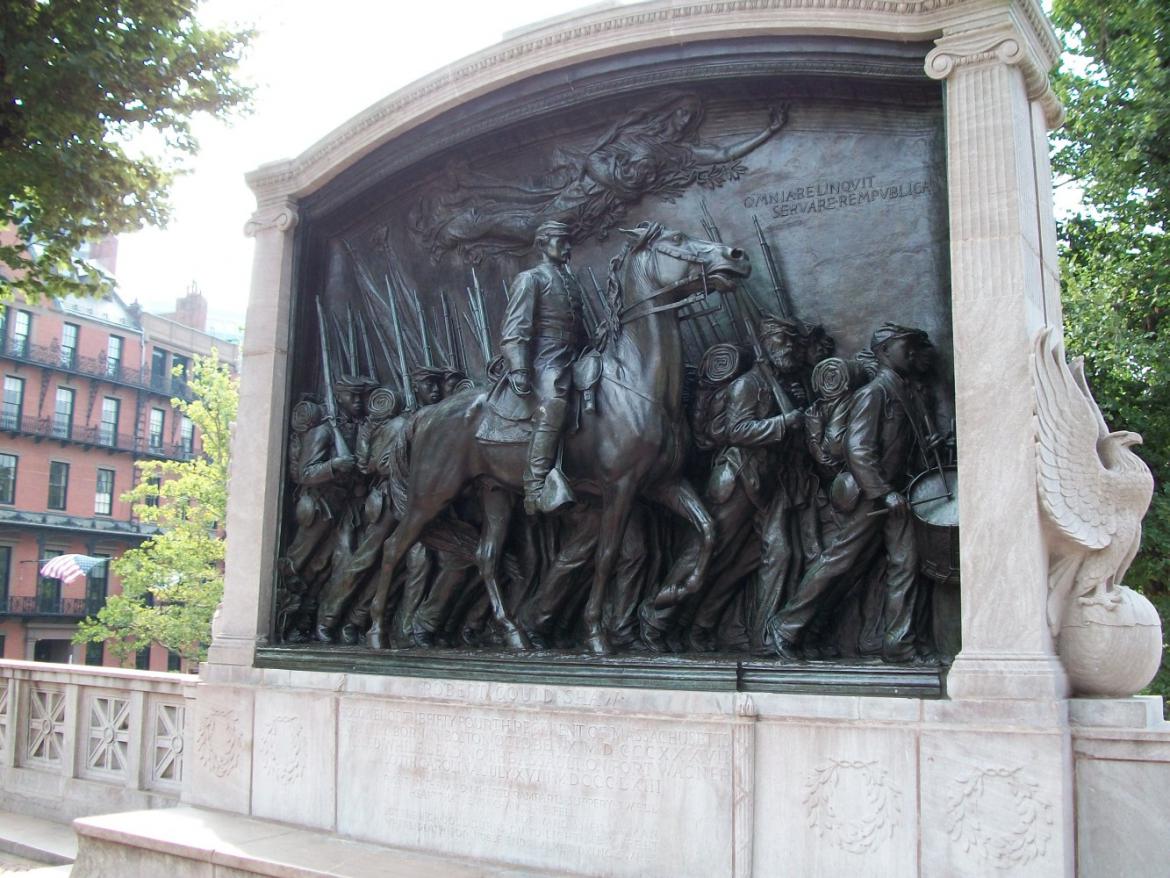 Today MassMoments reminds us that on May 27, 1863 the 54th Massachusetts Volunteer Infantry – gathered on the Boston Common then paraded in review by the State House as they began their way South. This first black regiment from the North had orders to  proceed to Beaufort, South Carolina and were sent off by thousands of well-wishers including Governor John A. Andrew. The soldiers were remembered more recently in the movie “Glory” but immortalized in 1897 in the famous Augustus Saint-Gaudens’ Memorial to their commander Robert Gould Shaw and the men of 54th Massachusetts Regiment. This sculpture – across from the State House – remains one of the great works of public art in the country.

…in 1863, the 54th Massachusetts Volunteer Infantry, the first black regiment from the North, paraded in full dress uniform on Boston Common. Crowds cheered as 1,007 black soldiers and 37 white officers passed in review. After ceremonies at the State House, they marched to Battery Wharf and boarded steamships for South Carolina. Just seven weeks later, 74 men and their commanding officer, Robert Gould Shaw, were killed in an heroic assault on Fort Wagner. On Memorial Day 1897, 60 veterans of the 54thwere among hundreds of people who gathered on the Common for the unveiling of Augustus Saint-Gaudens’ Memorial to Robert Shaw and the 54th Massachusetts Regiment. This statue remains one of the great works of public art in the country.