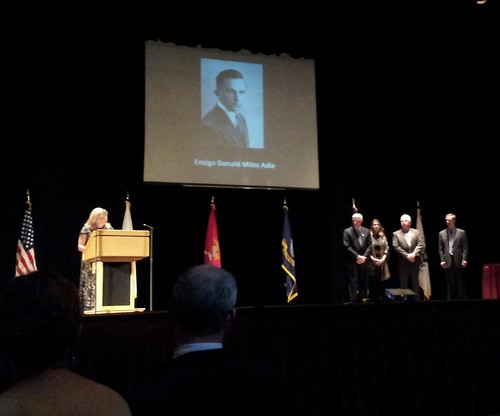 Two events honoring veterans took place in Lowell this weekend. On Saturday night, the UMass Lowell office of Veterans Services held the 3rd Annual Veterans’ Military Legacy & Veterans’ Alumni Hall of Fame induction ceremony at the Lowell Memorial Auditorium. The event was a formal military ball with many of the trappings and traditions of the armed forces. The following service members were honored:

Also honored individually were the twenty students or graduates of Lowell Textile Institute who died during World War II for whom the University Avenue Bridge was previously dedicated. They are:

Then yesterday, the Centralville Social Club held its annual “Some Gave All” event. This ceremony remembers and honors the 221 residents of Massachusetts who have lost their lives in our country’s most recent conflicts in Iraq and Afghanistan. After a brief speaking program, families of Greater Lowell service members who were killed in action laid a wreath at the club’s outdoor memorial while an honor guard fired a rifle salute and played taps. 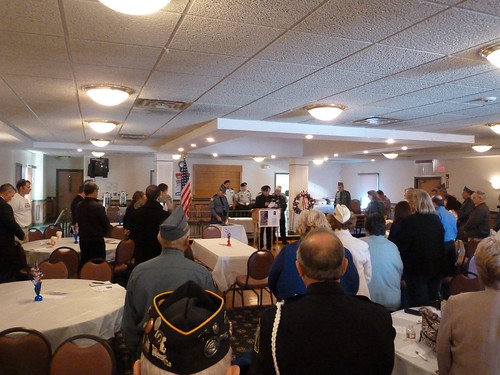 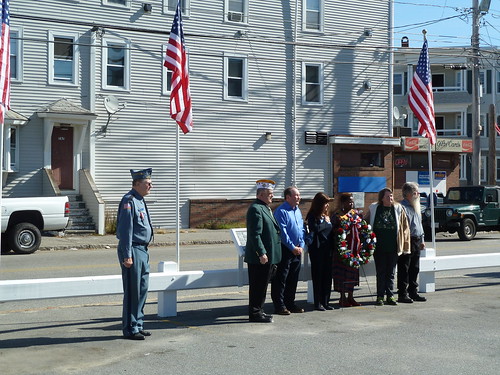