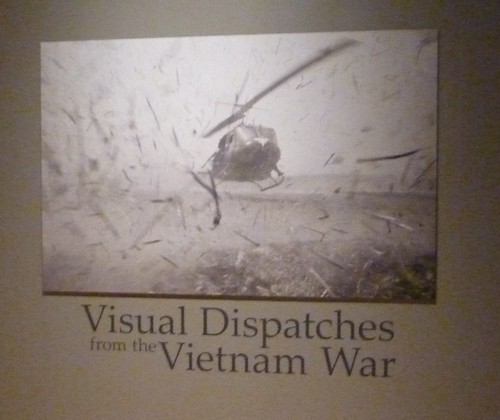 Earlier in August, a Boston Globe review of a photographic exhibit at the Currier Museum of Art in Manchester, New Hampshire. “Visual dispatches from the Vietnam War” consists of 35 iconic photographs from that war with explanatory captions and other material to provide context. Many of the images are hauntingly familiar having won Pulitzer Prizes and appeared on Life Magazine covers. The exhibit shows the power of photography in shaping the public perception of events, particularly wars, and it asserts that in Vietnam, where journalists were free to photograph anything they could reach, the photographic record was unconstrained by censorship or government interference as was the case in conflicts before and after.

Video interviews with some of the photographers reveal interesting information about well-known photos. An early picture of a South Vietnamese general shooting a Viet Cong prisoner in the head with a bullet from a small silver pistol on the streets of Saigon came to symbolize the brutality of the regime with which we were allied. The photographer, however, explained that the general was one of the best leaders the South had and the man that he shot had just murdered a number of South Vietnamese soldiers and their families in their homes and that the general’s actions were the result of unlawful but justifiable rage. The photographer added that as soon as the photo hit the news wires he regretted having taken it.

The exhibit is somber, respectfully done and thought-provoking, especially on a day on which the possibility of war with Syria seems much increased. It continues until Veteran’s Day. As for the Currier, this was my first trip and I was certainly impressed. It’s not a huge place but it has diverse holdings, plenty of programming, and everyone was very friendly. Consider visiting before November 11. 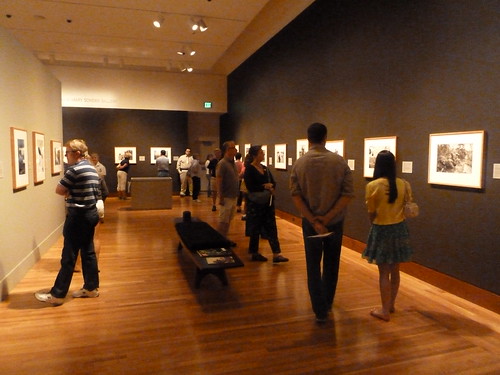 Visual Dispatches from the Vietnam War