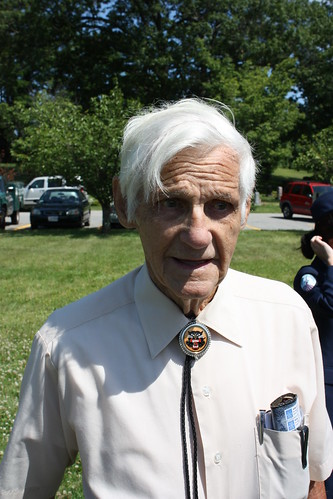 Jack Flood died last Sunday at age 91 (his obituary from O’Donnell Funeral Home). Jack was an institution at St. Patrick’s parish but I got to know him because of his military service during World War Two. We both served in armor units, he fighting Germans in various theaters and me during the peacetime Cold War stationed in Germany. We spent a lot of time talking about tanks.

Graduating from Lowell High on June 17, 1942, Jack enlisted in the United States Army the next day. After basic training at Fort Meade, Maryland, he was assigned to Waco, Texas which was the home of the U.S. Army’s “tank destroyer proving ground.” Between the world wars, the tank was a controversial weapon for the army. Some saw it as an adjunct to the infantry; a mobile pill box that could advance at the same pace as a foot soldier and provide immediate fire support. Others saw the tanks as the modern cavalry, operating in great masses of tanks in fast, sweeping maneuvers into the enemy’s rear. The one thing both sides agreed upon was that in neither role did the tank need an especially powerful main gun (which was a terrible error in judgment that made life especially precarious for American tank crews).

To fight enemy tanks, the U.S. Army created separate units called “tank destroyer” battalions. At the beginning of the war, their primary armament was towed anti-tank guns of various calibers. The power and violence of the German blitzkrieg in the years before America joined the war persuaded Army planners that towed guns would be ineffective on a modern battlefield. Improvising, they took the chassis of the reliable but under-gunned Sherman tank, and equipped it with a much bigger and more powerful antitank gun. To provide the extra space needed to service this bigger gun, this new weapons system, called a tank destroyer, had a large turret that had no roof, essentially providing the crew with a 360 degree steel shield but no overhead cover.

Jack was fully trained in all aspects of the tank destroyer but while his narrow frame was suitable for the inside of an armored vehicle, his personality was not. Fortunately, the tank destroyer battalion had its own reconnaissance company, men who operated on foot and in jeeps and who went forth, often beyond the enemy lines, to find the German tanks before they found the Americans. Jack did this for two and a half years, in North Africa, in Italy and in France. He was wounded twice, once in the hip and then in the stomach. The second wound was serious enough to have him shipped home to the United State in June 1945. After he recovered, Jack became a letter carrier for the post office for several decades until an injured hip caused him to retire due to disability.

For his heroism during World War Two, Jack Flood earned the Silver Star, the Bronze Star and two Purple Hearts. He proudly wore the European Theater of Operations ribbon with nine battle stars and his unit, the 899th Tank Destroyer Battalion, was awarded the presidential unit citation.

So farewell to Jack. Thanks for your brave service during World War Two and thanks for helping to make Lowell a much more interesting place. 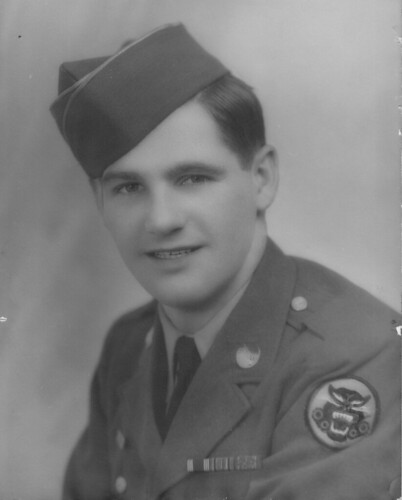