Church of the Immaculate Conception

Because the massive side door is slightly

to inhabit my past. Inside it could be night.

To my surprise the man with the purple-red

stain on half his face, a birthmark or a wound

from his war, is still sitting alone at the end

of a pew, a man who disappeared as soon

as Mass was over, barely pausing to bend

Penance is the only coin that’s never spent.

He could be only a shadow or even a ghost.

I genuflect. Touch the pew. Turn around to go.

Unclench my fist. Drop a few coins in the box.

Tom’s book may be ordered at www.loompress.com 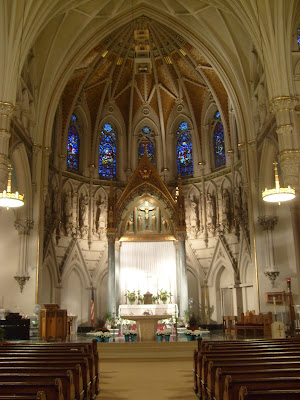 4 Responses to ‘Church of the Immaculate Conception’ by Tom Sexton