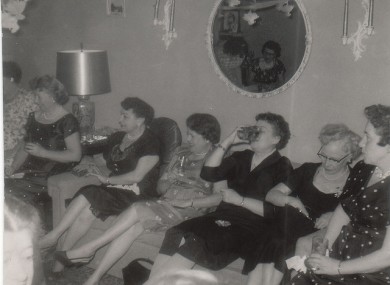 Little Christmas (Irish: Nollaig Bheag) is one of the traditional names in Ireland for January 6 – more commonly known in the rest of the world as the Feast of the Epiphany. It is so called because under the older Julian calendar, Christmas Day celebrations fell on that day – under the Gregorian calendar it falls on December 25. It is the traditional end of the Christmas season – the twelfth day of Christmas – and the last day of the Christmas holidays for both primary and secondary schools in Ireland.

Little Christmas is also called Women’s Christmas  and sometimes Women’s Little Christmas. The tradition, still very strong in Cork and Kerry – is so called because of the tradition of Irish men taking on the very untraditional role of doing all the household duties for the day. Most women hold parties or go out to celebrate the day with their friends, sisters, mothers and aunts. Bars and restaurants serve mostly women and girls on this night. Children often buy presents for their mothers and grandmothers.

4 Responses to Irish Tradition: Little Christmas and Women’s Christmas Celebrated on the Epiphany