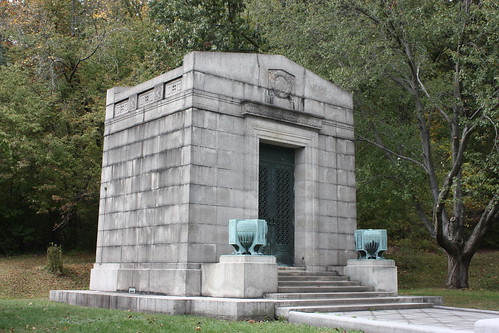 In the years before the Civil War, Eli Hoyt was joined by another teenager as employees at Staniel’s drug store. His name was Freeman Ballard Shedd. Shedd was born in Lowell in 1844 and, after working in the drug store for a couple of years, enlisted in the Union Army even though he was only 17 years old. Because of his pharmacy background, he was made a medical orderly in the 33rd Massachusetts Infantry Regiment. This unit saw action at all the major battles of the Eastern Theater up through Gettysburg, but was then transferred to Sherman’s Western Army and fought at places such as Lookout Mountain, Atlanta and in the March to the Sea.

After the war, Shedd returned to Lowell and Staniels drug store. While he had been gone, Eli Hoyt had formulated a men’s cologne called Hoyt’s Cologne. Shedd, who had a genius for marketing, convinced his friend to change the name to Hoyt’s German Cologne. It had nothing to do with Germany, but the new name gave it an exotic aura and sales soared making Hoyt and Shedd very wealthy. They built matching homes on Andover Street on adjacent lots. Just opposite Pentucket Ave, both of these houses still stand today.

Shedd ran the business and wrote the copy for the advertisements. In 1875, they built a four-story factory to make cologne on Middlesex Street. By 1884, the company outgrew its space and moved to larger premises at the corner of Church & George streets where an auto parts store stands today. Much of the growth of the company came after Eli Hoyt died. Shedd donated fifty-acres of land at the corner of Rogers Street and Knapp Avenue to the city of Lowell for public recreation. This became known as Shedd Park. He also left the city the sum of $200,000 in his will to be used to beautify the park. Freeman Ballard Shedd died in 1913 and buried in the Lowell Cemetery in the mausoleum shown above.

A detailed story of the creation of Shedd Park can be found on Forgotten New England along with the photo below.