It’s been a little painful to read and hear all the complaints about how poorly President Obama presented his case in the first debate in Denver. I have no idea why he was “flat” or “didn’t show up,” as some commentators have described it, but it made me think about his nomination acceptance speech at the Democratic Party Convention in Charlotte, N.C. He did not hit that speech out of the park either. He was a little flat there, too, and used a theme that we had heard before. “It’s not about me, it’s about you, it always has been,” or words to that effect. A lot of his supporters hoped he would mop the rhetorical floor with Gov. Romney the other night, but he did not. There are more debates to come, but the larger question is whose responsibility is it to make the case day to day and to make it in a bigger way when an election is coming. If you stand with the President, he didn’t let you off the hook Wednesday night. The situation became more urgent. The campaign is not over. The national Republicans are regrouping and spiritually reinforced by Gov. Romney’s energetic presentation of his views. His performance doesn’t make the views any more acceptable to those who see American life differently, however, he rallied his backers for another political assault. Give him credit for that, and for daring to “shake the Etch A Sketch,” as one of his campaign advisers said. President Obama has been making his case for four years. On balance, he has been effective, as I see it. Democracy is not an individual sport. He likes basketball. It’s a team sport. He had a bad night. Had a cold hand. When that happens somebody else has to take some shots. He’ll be back. 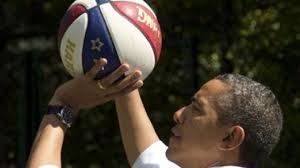 4 Responses to It’s About Us, Not Obama