According to the Boston Globe today, the Obama for America campaign needs help in New Hampshire because a lot of the experienced Democratic political activists in Massachusetts are signed up for the Elizabeth Warren campaign. I’ve had a few people speak to me in the past month, asking how they can assist President Obama in his re-election effort. Going to New Hampshire is convenient for anyone in the Greater Merrimack Valley. Over the years, I volunteered for Fred Harris and Jerry Brown in New Hampshire Primary season—just some days here and there, but it was satisfying work. I skipped the Dukakis campaign for some reason, but wrote a few checks, which is also a good thing to do: time and money. For Paul Tsongas, I did a lot in the second half of 1991 and early 1992. On Primary Election Day, I was assigned to coordinate the Tsongas effort at the polls in Concord, N.H. We won, but Bill Clinton beat us to the media punch and came out early to declare himself “the Comeback Kid” even though he had lost. It was a brilliant political move, I guess. I remember being angry that Paul Tsongas did not get much credit for the win—no cover stories in TIME or Newsweek. Everyone on our side believed that the media was in the tank with Clinton despite his flaws. He was a good story and a compelling presence. Anyway, what I’m saying is that somebody who wants to do something about this presidential election can sign up to help the President in New Hampshire. Those electoral votes are not guaranteed. Massachusetts is a safer bet.

For our GOP friends, the Romney door is open. Either way, getting involved at the street level and in the campaign headquarters is something that you will not forget. I remember walking in to the headquarters of U.S. Sen. Paul Simon (D-Illinois) in Manchester, N.H., in the late fall of 1988. He was alone in the back of the small storefront office making phone calls. I liked him for what he was doing in the Senate, even though he was competing with our own Gov. Mike Dukakis. I was happy to meet him.

Joan Venocchi of the Globe wrote about this today. Read her column here, and get the Globe if you want more. 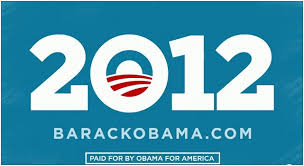 2 Responses to Helping the President in New Hampshire