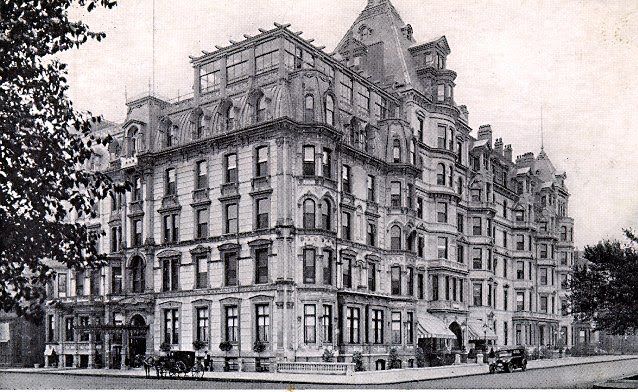 Yesterday was the 40th anniversary of the tragic 1972 fire at the Hotel Vendome in Boston (corner of Commonwealth Ave and Dartmouth Street) that left nine Boston firefighters dead (See Globe story of memorial ceremony). The 1871 building was under renovations at the time and was largely unoccupied. The fire wasn’t necessarily a bad one; it was quickly doused and many fire units had already left the scene. With a few units remaining behind doing cleanup, a substantial corner of the building suddenly and without any warning collapsed, burying two fire trucks and 17 firefighters. Nine of the men lost their lives. A subsequent investigation concluded that some structural alterations made in the course of renovations had weakened the building and the weight of the accumulated standing water that had run off from the fire suppression made the building structurally unstable and caused its collapse.

The Lowell connections? The Hotel Vendome was constructed by two brothers from Lowell, Henry C. Howe and John F. Howe (no relation to me). The Howe brothers had started their working life as carpenters but quickly progressed to be master builders, specializing in mill construction in Lowell and all over New England. From massive mills to massive hotels was an easy and predictable leap.

The Vendome still stands, now as condominiums that few readers of this site could afford. There is a monument to the firefighters across the street from the Vendome on the tree lined mall that bisects Commonwealth Ave.