Sunday’s New York Times has a very interesting article about the difficulties faced in establishing a Sept 11 Museum in New York City. While it sounds like the museum commission has been totally inclusive in soliciting opinions from all involved, emotions are still too raw and still too diverse to gain consensus. The story almost incidentally describes the inevitable conflict that exists between memorializing someone or something and providing an accurate historical account of what happened. The two are hardly ever the same and are often at odds with each other.

An example of this phenomenon in the Sept 11 Museum story is how are the hijackers to be depicted. To many family members, the site of the museum – the place where the World Trade Center once stood – is sacred ground and that any mention of, let alone display of photographs of, the hijackers would desecrate the site. On the other hand, to tell the story of what happened, how can you not talk about the men who caused it all? (In an attempt to compromise, the museum will display thumbnail size photos of the 19 terrorists in a small alcove that a visitor must purposefully enter so that no one inadvertently comes upon the photos).

This conflict between memory and historic accuracy is certainly not unique to the Sept 11 Museum. In the early 1980s while in the US Army, I was assigned to Merrill Barracks in Nurnberg, Germany. During World War Two, this army outpost was home to an SS unit that handled all of the ceremonial duties at the adjacent Kongressehalle (pictured below). To put it in some very rough historical perspective, the Congress Hall was meant to be to the Nazis in the 1930s what Independence Hall was to Americans. But in the 1980s – 35 years after the war had ended – it was a walled up old relic whose only relevance seemed to be the turnaround point on our morning runs. And while Merrill Barracks was a fully functioning US Army base, it’s exterior brick walls were still pock-marked from the 1945 battle for Nurnberg between an earlier generation of US soldiers and the remnants of the Nazi regime. At the time I was told that German law forbade the repair or alteration of any battle damage that remained from the war. I don’t know how true that was but no one ever attempted to fix any of it. I also know that none of the Germans I came into contact ever mentioned the war (aside from the occasional 60-something male in a beer tent who after a few liters would start spouting some scary stuff). 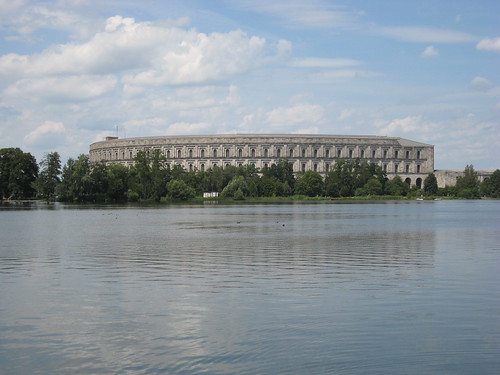 Fast forward to 2007 when we made a family trip to Germany. By then – 62 years after the end of the war – the Konressehalle had been transformed into a world class museum that had a full, impartial, and not the least bit sugar coated treatment of Nazism, the Holocaust, and World War Two. Similar museums had also sprung up in Munich and Berchtesgaden where there had in 1980 been only untended relics. Perhaps it took the passage of the generation that lived through the events to enable the country to accurately depict those events in a museum.

As with most things, we can loop this “memory vs history” conflict back to Lowell. I think it was in the early 1970s that City Councilor Paul Tsongas proposed that the canals of Lowell be paved over to improve the city’s vehicular transportation system. When preservationists protested, another councilor, undoubtedly the descendent of or perhaps even a former worker in one of the mills that had been powered by those canals – was said to reply that “there’s nothing to be proud of in those canals.” Today, we view those canals as central to the city’s identity and not as a symbol of our economic and employment oppression. 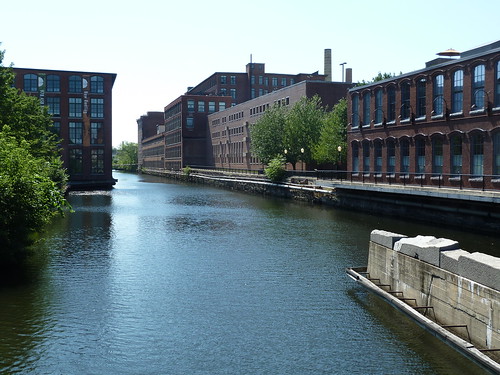 5 Responses to Memorials vs Museums