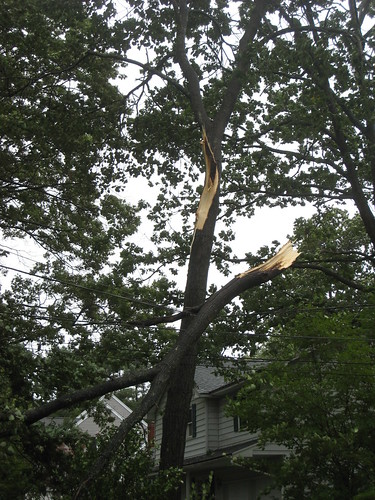 For some reason I tuned into the local TV news last night and caught a segment from a town meeting somewhere west of Boston where residents and members of the board of selectmen where chastising National Grid for “butchering” the town’s trees. One citizen speaking at the meeting microphone but captured by the camera said “it was supposed to be tree trimming not tree amputation” or something like that. As he spoke, he waved around a greenish colored pamphlet that looked exactly like the one I found hanging on my front door one day last week.

My pamphlet is entitled “Vegetation Management Program” and explains that National Grid follows scientific tree-management practices developed by the US Forestry Service to try to ensure that falling limbs won’t knock out electrical power during storms. The pamphlet shows diagrams of pruned trees that do show radical excisions of major limbs but goes on to explain that the tree is better able to “heal over” a handful of major cuts than it is multiple small limb removals. That sounds reasonable to me. After all, these are 80 foot oaks we’re talking about, not custom crafted bonsai trees.

Besides, as someone who endured not one but two storm-caused tree downings last year – damage from August’s Hurricane Irene above and October’s Halloween snowstorm below – I say bring on the chain saws. Save the trees by all means, but save our electricity too. 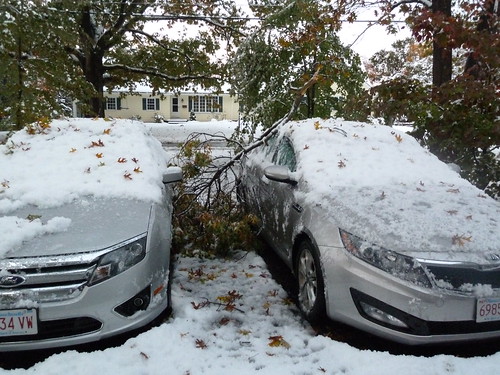