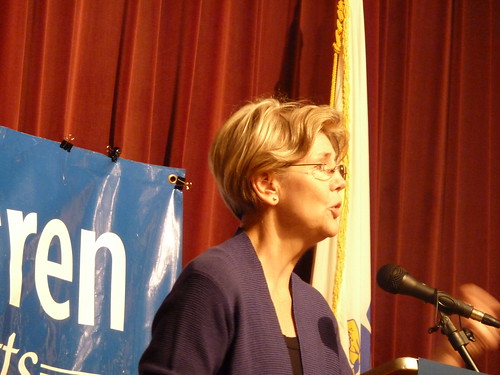 In the January/February edition of Mother Jones Magazine, writer Tim Murphy talks about the revenge of Wall Street and its target Elizabeth Warren and her campaign for the U. S. Senate in Massachusetts. For her sin of taking on the banks, Warren is unrepentant and unbowed by the attack-mode and notes:

“I’ve  gone toe-to-toe with some of the most powerful corporations out there in  this country,” she says. “Toe-to-toe with the largest financial  institutions. And toe-to-toe with people in our own government.” She  pauses for effect and gives the table a light rap with her fist. “I  don’t plan to stop. Ever.”