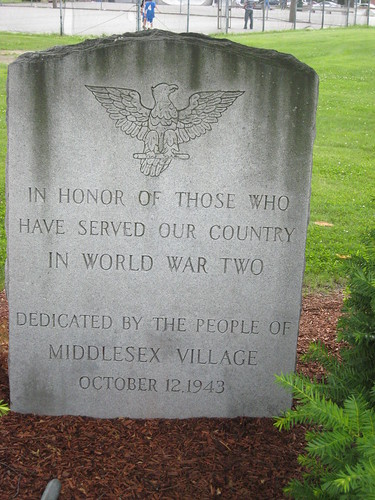 The following is the second in my series of posts about the canals of Lowell. The first described the Pawtucket Canal.

The Middlesex Canal came off the Merrimack in Middlesex Village, about one quarter mile east of today’s Rourke Bridge (shown below) right about where the Family Dollar Store (once Alexander’s Supermarket) is located today on Middlesex Street. The canal then ran southerly, parallel to Baldwin Street through what is now Hadley Field and on through today’s Mt Pleasant Golf Course. None of the canal remains visible in Lowell today (which is why I have no pictures to offer) but its history is maintained by the Middlesex Canal Association which has an extremely informative website.

The Middlesex Canal stretched 27 miles, had 20 locks and 8 aqueducts. It took 9 years to construct and ran through the towns of Chelmsford, Billerica, Wilmington, Woburn, Winchester, Medford and Charlestown. According to The Old Middlesex Canal by Mary Stetson Clarke, the canal provided “fifty years of safe, economical water transportation between Charlestown and Middlesex Village.” Winter proved a problem for the canal since it froze over during cold weather and the railroad proved to be its undoing. Consequently, the Middlesex Canal ceased operations in 1850.

Besides providing a much needed transportation link from the Merrimack River to Boston, the Middlesex Canal also contributed to the rapid financial demise of the nearby Pawtucket Canal. Why pay to ship your goods to Newburyport via the Pawtucket Canal when you could get them to Boston (and the higher prices buyers were willing to pay there) via the Middlesex Canal for the same price? But the failure of the Pawtucket Canal was not altogether a bad thing: had it been a vibrant transportation canal in 1822, the task of the industrialists who built Lowell would have been much more difficult. 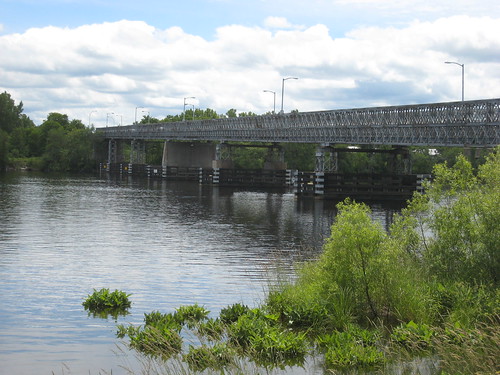 13 Responses to The Middlesex Canal