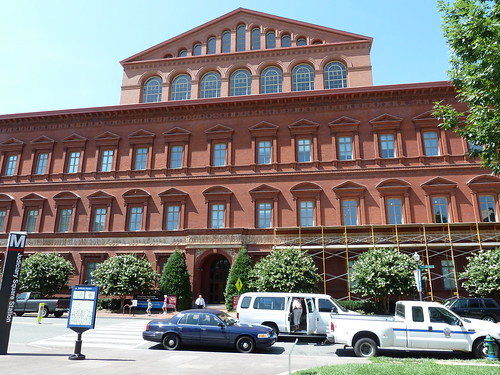 One of the lesser known museums in Washington is the National Building Museum. Located on F Street just across from the National Law Enforcement Memorial, the Building Museum contains a number of fascinating exhibits on architecture, design and construction in the United States. For me, however, the best reason to visit the museum is to see the building in which it’s housed. Constructed between 1882 and 1887 to house the U.S. Pension Bureau, the building was designed by General Montgomery Meigs, the man who oversaw logistics for the entire Union Army during the Civil War.

And it was for the veterans of that army that the Pension Bureau required such a spacious home – by 1880, the Grand Army of the Republic, the primary veterans organization for former Union troops, was the most powerful political organization in America. While the GAR did much to promote patriotism – it was the GAR that gave us the Pledge of Allegiance (without the “under God” part which was not added until the 1950s) – the overriding goal of the organization was to secure government pensions for as many as its members as was possible. By 1900, every living Union veteran was receiving a government pension just because of his service in the war without regard to any disability.

To secure such important records, General Meigs designed a fireproof building with an innovative circulatory system that purportedly replaced all of the air in the great hall (shown below) every two minutes. This beautiful hall saw more than just bureaucrats: it was frequently used for Presidential Inaugural Balls, beginning with Grover Cleveland in 1885 and including one for President Obama in 2009. 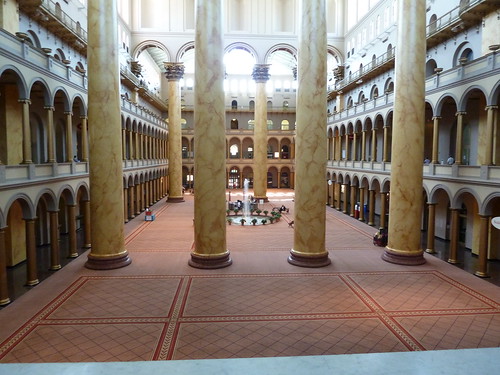