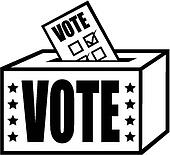 In his most recent column for the Washington Post, E. J. Dionne posits that the wide-spread state laws ostensibly enacted to combat voter fraud are really an attack on the right to vote. Claiming that study after study found no major voter fraud problems, Dionne sees that : “Their greatest impact will be to reduce turnout among African Americans, Latinos and the young. It is no accident that these groups were key to Barack Obama’s victory in 2008 — or that the laws in question are being enacted in states where Republicans control state governments.”

His advice to deal with the impact of these laws: “The poor, the young and people of color should get their IDs, flock to the polls and insist on their right to vote in 2012.” To get more on Dionne’s take on these new election laws, read his column here at PostOpinions.