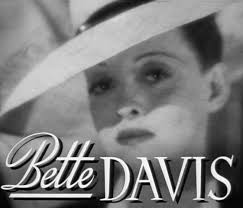 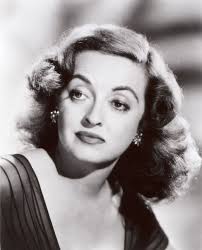 On this day – April 5, 1908 –  Ruth Elizabeth “Bette” Davis was born in Lowell, Massachusetts. The iconic actress and two-time Oscar winner is remembered for many performances especially in the films “Dangerous” and “Jezabel” for which she won Academy Awards. Her performances in  “Dark Victory,” “All About Eve” and “What Ever Happened to Baby Jane” were also memorable. She was a bigger than life actress and person who on the official Bette Davis website is described aptly:

Often referred to as “The First Lady of the American Screen,” Bette Davis created a new kind of screen heroine. She was a liberated woman in an industry dominated by men. She was known as an actress that could play a variety of difficult and powerful roles, and because of this she set a new standard for women on the big screen. Independent off-screen as well, her battles with studio bigwigs were legendary. With a career spanning six decades, few in the history of film rival her longevity and appeal.

For more on Bette Davis check here at her Wikipedia site and here at her 100th anniversary website.