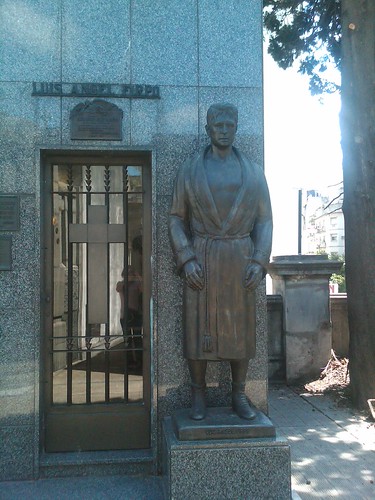 Someone who recently visited Buenos Aires sent me this photo of the burial place of the famed boxer Luis Angel Firpo in La Recoleta Cemetery. Firpo is perhaps most famous for his 1923 fight against Jack Dempsey in which he knocked Dempsey out of the ring. Dempsey returned just in time, however, and went on to win what many called the greatest fight in history. A statue of Firpo, who was known as “the wild bull of the pampas”, stands outside his mausoleum at the cemetery.