Who says there’s nothing new under the sun? Or should I say nothing new about what we think we know under the sun? Remember when Carl Sagan used to say “billions and billions” in his unmistakable voice? Scientists from Yale and Harvard now say there are three times as many stars in the universe as astronomers have estimated up to now. Read more about the research in Kenneth Chang’s NYTimes article here, and get the Times if you value the science writing. 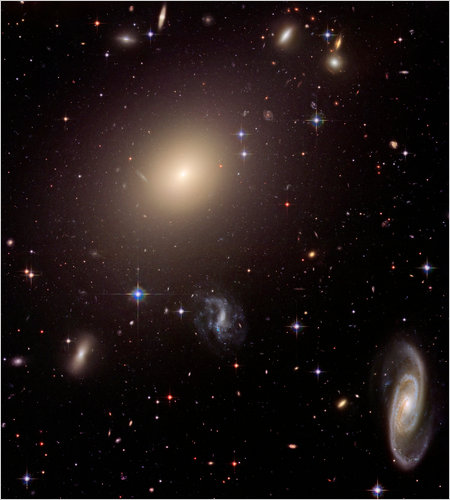 A photo taken in 2006 by the Hubble Space Telescope shows a cluster of diverse galaxies, including a bright elliptical galaxy. (Web photo courtesy of NASA via NYT)