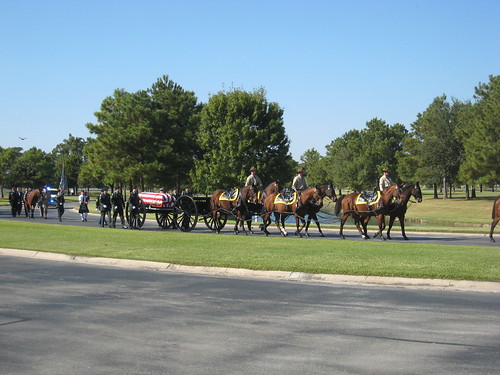 On March 22, 1967, A Company, 1-8 Infantry, 4th Infantry Division was ambushed by an enemy force three-times it size while on patrol deep in a Vietnamese jungle. Many died and were wounded in the initial onslaught, but many more survived thanks to the heroism and leadership of the company‘s First Sergeant, David H. McNerney, a native of Lowell who was awarded the Medal of Honor for his actions that day. McNerney’s family had moved to Houston when David was a young teenager. It was to that community that he returned upon his retirement from the US Army and it was in that community that he died last Sunday at age 79 after a seven month battle with lung cancer. David was my mother’s cousin and in recent years had visited Lowell frequently. This week I travelled to Houston to attend his funeral.

Friday night at a funeral home in a rural-becoming-suburban town on the outskirts of Houston called Crosby, a procession of people whose lives David McNerney had touched – his soldiers from Vietnam; his colleagues in the US Customs Service; his friends from the American Legion; his many great nieces and nephews – advanced to a podium and told of how David had touched their lives, had inspired them, had saved them from almost certain death. They described a kind and gentle man who spent his life collecting stamps but who as a soldier was a peerless leader, a stern disciplinarian and a fierce warrior.

The tribute to David McNerney continued yesterday at his funeral at Sacred Heart Catholic Church in Crosby, Texas. On the altar were seven priests. Seated in the front row were three generals and five Medal of Honor recipients. In another section sat forty of the survivors from Company A. Richard Sauer, who retired from the Army as a Lieutenant Colonel but who back in 1967 was a young lieutenant who was grievously wounded in the opening moments of the March 22 action but who maintained a close relationship with McNerney ever since, gave a moving eulogy that contained many of David’s own sentiments.

The tribute continued as the funeral procession of closer to two hundred cars than one hundred, slowly rolled down the flag-lined streets of Crosby which were lined with residents waving American flags or saluting the hearse as it passed. Once on the highway, every entrance ramp along the hour-long route was blocked by police to ensure that the procession made it to the Houston Veterans’ Cemetery intact.

At the cemetery, the hearse turned off behind a clump of trees while the family and the men of Company A parked close to the entrance. Soon the sound of a bagpipe could be heard and a single horse ridden by a soldier wearing a World War I uniform appeared followed by six more horses pulling a caisson that bore the flag draped casket. Next came a single soldier leading a riderless horse that had a single boot facing backward in its saddle’s stirrup. The piper and a modern-day soldier carrying the Medal of Honor flag were next in the order of march which concluded with the generals marching in a rank.

The caisson paused long enough for the family and Company A to fall in. The procession proceeded another 150 yards to the cemetery’s amphitheater-like Circle of Honor where the final ceremony was to be held. After an opening prayer and remarks by the senior general, by the Command Sergeant Major of the 4th Infantry Division, by one of the Medal of Honor recipients present and by David’s close friend, Gerald Blankenship, a flight of four Apache helicopters passed over the cemetery with one of the aircraft veering off to create a “missing man” formation to honor David McNerney’s passing. The ceremony concluded with an honor guard from the Fourth Infantry Division firing a 21-gun salute, the playing of taps, and the senior general presenting David’s brother Dick McNerney with the flag from the casket “on behalf of a grateful nation.” True words, indeed. 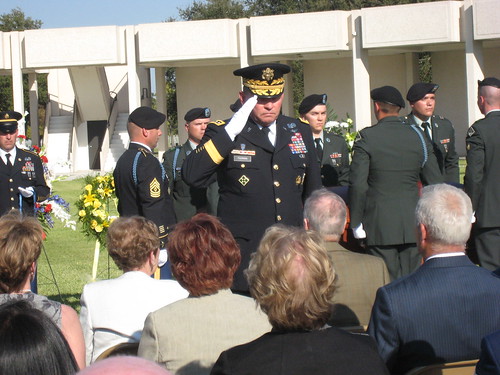