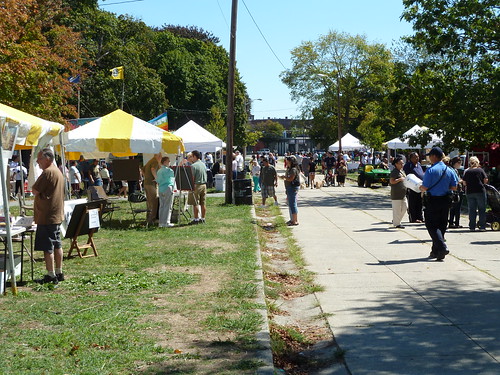 To commemorate Labor Day this year I decided to visit the 26th annual Bread & Roses Festival in Lawrence, an event that celebrates the gains made by workers as a result of their nationally significant strike in the city back in 1912. Even before I left Lowell, however, I was reminded of the challenges that face our neighbor to the east when I tuned in WBZ radio for a traffic report and heard news of a nightclub shooting in Lawrence last evening that resulted in one death and three wounded. Despite that news – the alleged shooters were arrested in Lowell, after all – I continued on and was pleased by what I found.

The festival is held on Campagnone Common, the city’s central green space that is dedicated to three brothers who were all killed in action in Germany during the final six months of World War Two. Stages hosted musical acts and other performers along with speeches from labor historians. Tents and booths lined the park’s walkways serving ethnic food and distributing information about business, labor and history.

Compared to the nationally recognized Lowell Folk Festival, today’s Lawrence event was small in scale. But the message of Lawrence, the power of workers to obtain just wages and treatment from employers through collective action, is one that certainly needs to be commemorated today. 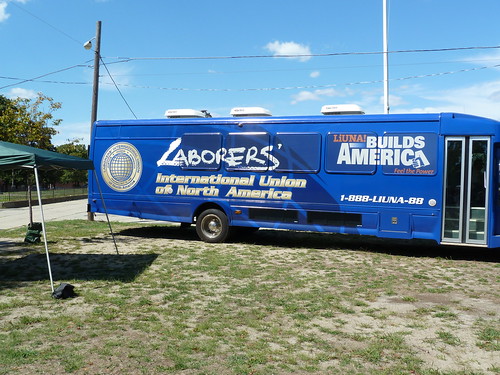 One Response to Bread and Roses Festival