Another in our continuing series of images from Lowell’s political past: 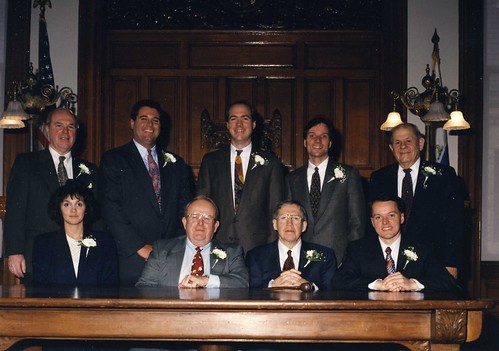 The 1993 election saw six new city councilors elected. Only Caulfield, Howe and Poulios were re-elected from the prior term.