While we are talking about books, here is the link to an excerpt from Neil Miller’s new book “Banned in Boston” from Beacon Press, which appeared in the Boston Globe Magazine this past Sunday. The book delves into the history of the notorious and powerful Watch and Ward Society that was founded in 1878 and later known as the New England Society for the Suppression of Vice. About ten years ago, Neil wrote a long article for the Globe Magazine about the literary revival in the Merrimack Valley, highlighting authors on the rise, including Andre Dubus III, Jane Brox, and Cambodian-American poet Chath Piersath of Lowell. Neil teaches at Tufts University. His work has also appeared locally in Commonwealth Magazine.  Here’s a related link from boston.com about books and plays that were banned in Boston. 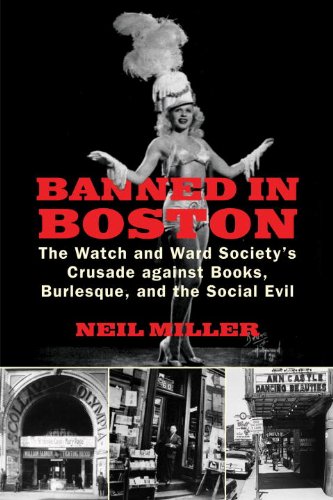