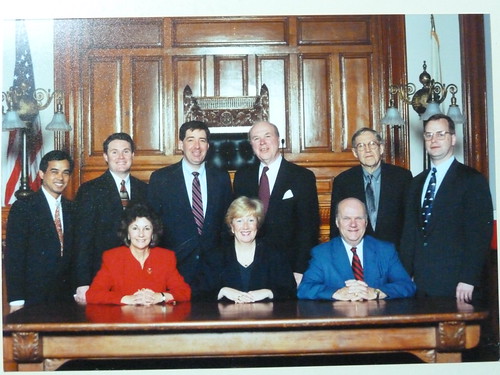 Here are the members of the Lowell City Council on Inauguration Day in January 2002. If the councilors look especially happy, it’s because all nine incumbents from the previous term’s council were reelected in the November 2001 election.