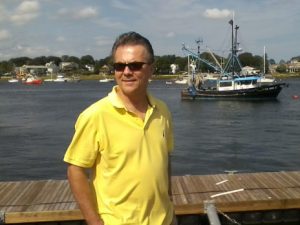 Writer, teacher, and soccer-man Stephen O’Connor of Lowell has been killing it on the short story front for the past few years, placing 14 stories (six this year) in Lodestone Journal, Southern Pacific Journal, Dimeshow Review, The Sandy River Review, Ricky’s Backyard, The Mark Literary Review, The Literary Nest, Sobotka Literary Journal, Literally Stories, and The Aethlon Journal of Sports Literature.

He also landed a nonfiction piece called “Lalla Rookh and the Great Slide” in the Amsterdam Quarterly. 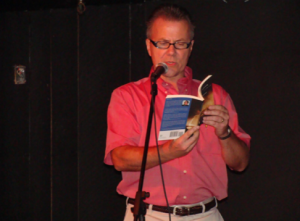 He’s got enough material for a second volume of stories, following up on his successful Smokestack Lightning collection of 2010. His story “Red Shoes” appeared a few years back in the River Muse Anthology, edited by Lloyd Corricelli and Dave Daniel.

His novels, The Spy in the City of Books and The Witch at Rivermouth, are available for purchase online.

Steve has finished another novel, “No Time to Quit Drinking,” which is ready to be shopped around to publishers.

One Response to Stephen O’Connor: Killin’ It with Short Stories