Genealogist Walter Hickey has long wanted and worked hard for years to have these Lowell Police Court Naturalization records available for informational and research purposes. In partnership with LowellIrish, the links to search these records are now available on-line. Along with his research in Lowell Irish History, the history of St. Patrick’s Church and St. Patrick Cemetery, Walter serves as the genealogist for the Lowell Historical Society. From Dave McKean and the Lowell Irish website ~ 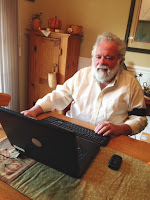 In the last few months, LowellIrish has released  tens of thousands of names of interments, inscriptions, burial purchases, and civil war burials of 19th century Irish and Irish-Americans living in Lowell, many not recorded in any other location.  Those interested in genealogy or researching Lowell’s Irish past finally have a central location to find previously unpublished material.  It is with great pleasure we now add the Lowell Police Court Naturalization Records for certain periods in the 19th century.  Major thanks goes to Walter Hickey for sharing the decades of work he has compiled here.  We ask that that any genealogists share our website so we can better disseminate these important records.

The Naturalization records of the Lowell Police Court prior to September 1906 are broken into two major groups, each with several series.

NOTE: There are no records,1855 through 1884. The court could not grant citizenship during those years.

There are two major sub groups:  Regular and Minor Series

“Minor Series” papers were filed by those individuals who ARRIVED in the United States under the age of 18.   The age of the applicant did not matter.  If he arrived before his 18th birthday, he was considered a Minor for naturalizaiion purposes.  A Declaration of Intention was not required.

These records were extracted from the dexigraph (negative) copies held at the National Archives on Trapelo road in Waltham, MA. They were photographed as part of a WPA project in the late 1903’s.  A combination of the negative image AND the handwriting left many words (mainly place of birth) illegible or at best questionable.

Subsequent to this extraction, the original papers became available at the Massachusetts State Archives.  On Saturdays over a couple of years, these were examined to clarify many ( but not all) unclear entries.  The original papers also contained Declarations of Intention (DI) as well as requests for Duplicate (DU) Certificates.

Despite this cross referencing, there are still many relying on the “best read” of the extractor.

Many spellings appear to be phonetic and should be checked in various reference sources, such as:

Lists of Towns & Townlands by County in Internet search enignes

For more on the filming of the “dexigraphs” by the WPA, see:

A Gold Mine of Naturalization Records in New England
By Walter V. Hickey , http://www.archives.gov/publications/prologue/2004/fall/genealogy-2004-fall.html

The INDEX to these is available on FamilySearch.org

Images of the petitions are also on FamilySearch.org:

These extractions are posted by series on http://www.lowellirish.com/ in alphabetical order.

A special word of thanks to Barbara Saunders and Karen Hickey for their efforts in preparing these records for posting to the internet.