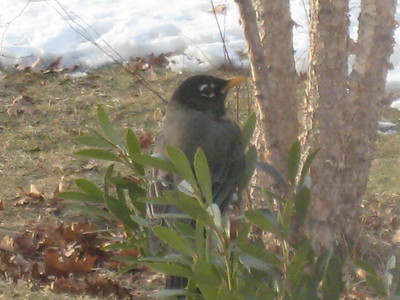 Jimmy and Sue were unusual for ten year olds compared to their friends that age. They got along well with other kids but both liked different things than their friends did. Jimmy and Sue often got teased for being old fashioned because they weren’t always on their smartphones. They also liked music from the past better than today’s music. So while others were going ga-ga over Lady Gaga, bopping with Beyonce or being obsessed with Taylor Swift, they’d be playing the Beatles and wondering how it was possible none of their friends had ever heard of the Kinks.

Sue used to joke that she was a mongrel because her parents were all mixed up with Italian, French, Irish, German and Scottish blood. She had long black hair and Jimmy thought she was the prettiest girl he ever saw but he kept that to himself because he didn’t want to embarrass her or make her think he liked her because she was a girl.

Jimmy said he was French-Canadian and made sure nobody made the mistake of calling him French without adding the Canadian part. His mom and dad’s grandparents originally came from Quebec and all of their families ended up in mill cities in Massachusetts or New Hampshire all throughout the Merrimack Valley. Jimmy never learned to speak French like his parents and it irritated him a little that Sue could speak French fluently because her mother was a French teacher. He tried teasing her because he knew the French swear words and she didn’t. At least, until one day when he tried to get under her skin and she blurted out at him, “Manger de la merde.”

It started when Sue put a bird feeder in a bush next to the living room window. The bush and bird feeder were so close to the window it was almost like the birds that visited were inside the room with them. They would sit for the longest time watching sparrows, downy and red-bellied woodpeckers, titmouses & blue jays flutter in and munch away.

Each kind of bird had their own peculiar way of acting. The sparrows were energetic and crazy and often came in squabbling groups hopping back and forth from feeder to branches on the bush. They were like watching an old silent movie comedy where everything seemed speeded up and wacky.

The downy woodpeckers were just the opposite. They were loners who would flutter in and land on the trunk of the large bush rather than on the branches like the other small birds did. Jimmy and Sue loved to watch them waddle up or down the side of the trunk until they got to the cage that held suet bird food. They would hop and hang on the cage and peck away like little jackhammers. Unlike the sparrows who seemed to thrive on communal chaos, the downy’s were shy and reluctant to hang around when the sparrows barged in.

The red bellied woodpeckers were the large cousins of the downy. They were built like football linebackers with powerful broad backs and a menacing scowl. They were also loners like the downy’s, but rather than being shy, they were the bullies of the bush birds, who burst upon the scene directly on the suet cage scattering any of the other birds who were eating or hanging around waiting to eat. They had no tolerance for company, glared at any bird daring to remain, and if any bird didn’t get the hint, the red bellied woodpeckers would stab at them with their powerful, sharp beaks and drive them away to eat in solitude. Male downy and red-bellied woodpeckers have bright red heads and the females do not. Jimmy and Sue loved their black and white coloring, especially the white polka dots on their black feathers.

Jimmy and Sue were surprised that people described blue jays as aggressive birds. Maybe people thought that because they were known to attack hawks.  But when it came to their bird feeder behavior, they were more like gentle giants compared to red-bellied woodpeckers. Even though the smaller birds scattered when the blue jays arrived, it was more like the smaller birds were startled by their size and speed, than by the fact they were blue jays. Most often, once the little birds realized it was the blue jays they would pop back and feed alongside them in complete harmony.

The other bird that loved to appear in the bush was the tufted titmouse. They were mostly gray birds, about the size of sparrows, who have a cool tuft of feathers on the top of their heads. What struck Jimmy and Sue the most about these little ones were their eyes. It was like they had two little black buttons attached to their heads. They didn’t hang around as long as other birds, usually just a quick stop where they would take a couple of bites and be on their way.

These birds stayed around for the entire year at their bush, whether it was the summer, on days so hot you could see them literally gasping through open beaks, or the cold, brutal days of winter, when they would sometimes rest near the food, with fluffed up feathers, tucked safely from the harsh elements under the snow cover of the bush.

There were seasonal visitors too. Jimmy and Sue loved to see the robins outdoors on the ground looking for worms. They laughed about how grouchy the robins were and called them the Donald Ducks of songbirds because they would squawk at you if they had to move when you walked near them. The robins usually arrived in late March and were mostly gone by August. In the warmer months, the Brewster Blackbirds would storm into the bush neighborhood with their ebony black feathers and menacing looking snow white eyes that they used to survey their surroundings with a sharp vigilance. With dextrous feet that allowed them to grasp with hand-like control, they could rapidly run side to side across horizontal branches like skilled tightrope walkers.

Then there were Jimmy and Sue’s favorite winter visitors, the dark-eyed juncos. They were very cute little sparrow looking birds whose feather coloring appeared to be fake. It literally looked like somebody drew a straight line halfway across their little bodies and painted the top half gray and the bottom half white. They mostly foraged on the ground but would occasionally come into the bush to rest on a branch or take a couple of nibbles out of the bird suet. Unlike their crazy, frenetic extended family sparrows, the juncos would arrive with quiet dignity and peck away in almost Buddha-like peace.

Although they loved all of their feathered friends, Jimmy’s favorite was the blue jay because he loved their royal blue coloring in the summer months before it would turn a more blue-gray shade in the winter. He also felt they had asian looking eyes. Sue loved the little downy’s the most because she just thought they were so damn cute.

Soon they picked up some books to help them identify and learn more about the birds in their New England region. While other kids were busy with their smartphones, Jimmy and Sue would take every chance they could to venture off into what was left of the undeveloped land in their town. There was a wooded area nearby that was saved as conservation land and they loved to hike its trails to spot and observe other birds. In particular, they enjoyed visiting a pond that attracted a wide variety of waterfowl, including their favorite the Canada Geese.

One late autumn they became very concerned when they saw a goose with a badly deformed leg. He hobbled around on land and soon became ostracized by the other geese. Jimmy and Sue worried about him and brought food for him to eat hoping to help him since the others would drive him away when he tried to gather food near them. Especially one extremely mean goose who would always aggressively chase him away, biting so hard that he’d rip feathers out of him.

After a while, Jimmy and Sue started to be able to identify many of the geese who hung around the pond and gave some of them names. They called the crippled goose Franklin after Franklin Delano Roosevelt, hoping that he could overcome his disability like FDR did. They called the goose who terrorized him “The Count” after the bad guy from a story they liked. The story was “The Point” and it was written by Harry Nillsson, another incredible singer they loved who none of their friends ever heard of either.

They used to worry that something might happen to Franklin since he had to fend for himself, isolated at a good distance from the others. They brought bread, crackers or Cheerios to him on a daily basis and were always relieved when they saw him. They also talked to him everyday, hoping it would help him feel less lonely. Over time, they both became convinced that he really did seem to thrive, not only on the food they brought him, but on their friendship.

In the winter some of the geese would leave but there were many who chose to stay year round. Jimmy and Sue were saddened when one day in the winter months Franklin disappeared. They kept coming back each day hoping he would reappear, but after a month or so passed they feared the worst. But when spring arrived and many of the geese who left had returned, they were thrilled to see Franklin appear again, seeming to hobble better with his dangling foot. Cooler yet, Franklin had a girlfriend. They kept apart from the large group of geese but they were inseparable and clearly in love. Jimmy and Sue called her Ellie after Eleanor Roosevelt and visited them everyday and talked to them. One day Franklin and Ellie didn’t show up, worrying both Jimmy and Sue, but to their delight Franklin and Ellie appeared a couple of weeks later with six fuzzy little yellow chicks waddling around after them. Jimmy and Sue felt like part of their family, feeling the same pride they imagined a good aunt or uncle felt about seeing their nieces and nephews for the first time.

You can still find Jimmy and Sue feeding and observing their feathered friends outside Sue’s living room window and on their nature walks. Or scouring bookstores and libraries for any books about birds. They joke that they feel like a modern day version of “Terry and Julie” from “Waterloo Sunset,” their favorite song by the Kinks. Except they substitute the words “Waterloo Sunset” from the line in the song that sings, “as long as they gaze on Waterloo Sunset, they are in paradise,” with the word “birds.”

Jimmy and Sue are Rare Birds indeed. Oh, and they asked me to tell you that if you haven’t heard of the Kinks, do yourself a favor and check out “Waterloo Sunset” in the YouTube version below:

One Response to Rare Birds