Louise Peloquin reports on the World Cup from the streets of Paris . . .

Today December 18th, after 1978 and 1986, Argentina won the World Cup for the third time.  France will have to wait another four years to embroider a third star on its team T-shirts.

I’ll leave the technical dissection of the final to the specialists and stick to sharing a few observations gleaned while meandering around my Paris neighborhood. 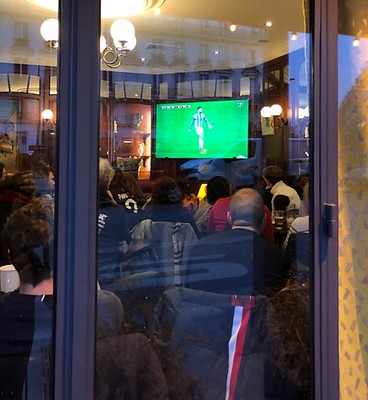 Since most bars and cafés had set up fan zones with wide-screen TV’s, it was pretty easy for me to follow the action. Peeping inside from my sidewalk venue brought to mind Edward Hopper’s famous 1942 painting, “Nighthawks.”

Well before the 4 PM game time, fervent supporters with blue, white and red-painted faces and draped in French flags were already pretty euphoric from their pints. With eyes firmly fixed on the TV screens, they were warming up their supporter voices by chanting “allez les Bleus” (go blues).

After Messi scored his first two goals, the tune turned to minor mode with a medly of “oh, la la!”, “non” and “c’est pas vrai” (it’s not true).

Diehard optimists quipped “on y croit” (we believe in it), persuaded that France could get itself out of the soccer quagmire. Others demanded “il est où Mbappé?” (Where’s Mbappé?)

Eighty minutes into the match, 23-year-old Kylian Mbappé scored once then twice. Old Haussmannian buildings rocked as the streets filled with shouts of joy, cars honked and firecrackers blasted.

A fan in a Christmas-decorated café screamed “on a eu l’énergie de revenir” (we had the energy to come back). Another declared “c’est un match fou” (it’s a crazy match), a rollercoaster ride indeed.

After a hundred and twenty-odd minutes, the score was 3 to 3 and goal scores would decide which team would take the coveted Cup home.

The rest is soccer history. Deflated fans cried as they slurped up their beers. Others proclaimed “c’est un match d’anthologie” (it’s a match for anthologies). 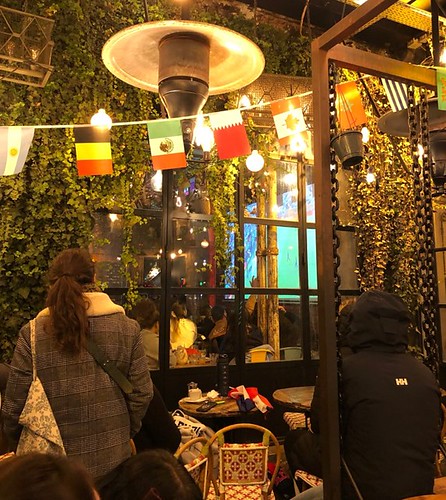 While I walked back to my flat, cold rain started to slick the cobblestone streets. The Paris sky was crying. L’avenue des Champs-Elysées had been closed off to traffic for the occasion but the partying ended abruptly.

The rain was washing the fans’ face paint away and the flags were getting soaked. One disappointed supporter insisted “on a fait un beau match; on reviendra” (we did a good match; we’ll be back). His buddy sympathized with the French players, “on a envie de les prendre dans nos bras” (we feel like taking them into our arms). 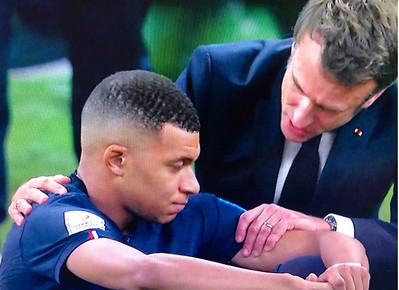 I got home and switched on the TV to see President Emmanuel Macron crouching down on the soccer field to comfort Kylian.