Halloween in the Highlands

October was an exciting month in the 60’s. Jack o’lanterns, corn stalks and old sheet ghosts set the scene. Prepping was taken very seriously in the run-up to the big day. For us cousins living in a two-family house, getting into the Halloween vibe began with watching old movies like “Frankenstein”, “Wolfman” and “The Mummy”. “The Brain that Wouldn’t Die”, was our favorite – a 1962 film about a doctor who kept human body parts alive in his lab and maintained his fiancé’s head talking for days, floating in a Pyrex dish full of icky liquid. Very scary. 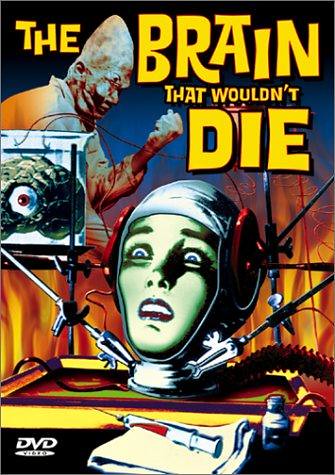 The most important preparation was, of course, creating our costumes. Maman would help but we were responsible for the concept.

My brother Laval usually stuck to the pirate outfit but took great pains to update it every year. One time, an impressive scarlet scar appeared under his black-smudged eyes, enhancing the freebooter look thanks to a bit of rummaging through Maman’s makeup pouch. Jack Sparrow has nothing on him. Laval fancied a radical change one year. Wearing his blue windbreaker and one of Maman’s nylon stockings over his head, he became The Boston Strangler. No sanction ensued for ripping a perfectly good nylon stocking or for ruining makeup items. Maman enjoyed our Halloween preparations as much as we did and I suspect she would have loved to join in the metamorphosing. 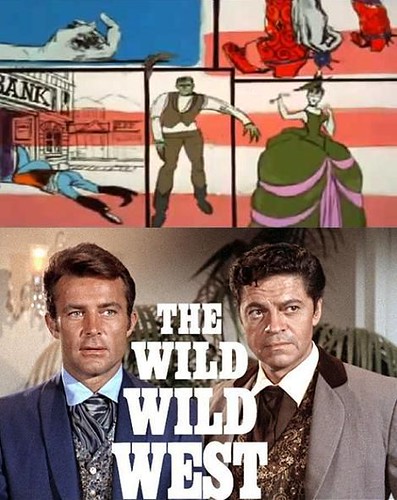 My costumes were inspired by TV images of “The Wild Wild West.” Brown fringe sewn on an old shirt and skirt, a multicolored headband adorned with back-yard-bird feathers, a braided pig tail coiffure and “voilà!”, I turned into a Pennacook. The beaded necklace and braided leather belt Pépère brought me from Clark’s Trading Post added to my authenticity.

The cowgirl outfit kept the same brown-fringed shirt and braided belt. Same hairdo sans headband. My big sister’s power of persuasion got Laval to lend me his prized holster, plastic gun, and cowboy hat. More often than not, I let the hat hang down my back. Although it was a perfect fit for his coconut head, it enshrouded my peanut head. In those days we kids labeled our heads – peanut, coconut, watermelon, whatever shape matched. Maybe that came from to the Pyrex-dish-talking-head movie. Who knows?

One year, Aunt Rita joined in to embellish our outfits. She did an exceptionally superb job with Pierre, our older cousin. After opting for the white sheet ghost getup for years, Pierre was ready to graduate to another level. Since his height had surged over the summer, Aunt Rita thought he would make an imposing Moses. She recycled the white sheet, fashioned it into a robe, used rolls of cotton to create white locks and a long beard. Finally, Elmer-glued cotton ball eyebrows completed the patriarchal look. A conveniently curved, backyard tree branch served as staff and two “tablets”, cut out of a cardboard box and painted grey, presented the Ten Commandments.  The impressive costume inspired Moses-Pierre to adopt a protector-of-the-young ‘uns role. Four of us nine cousins exited our house with flashlights and big brown shopping bags: Pierre, his brother Jacques, my brother Laval and me. The other kids were either too young or too old to venture out into the spine-tingling Halloween murk. 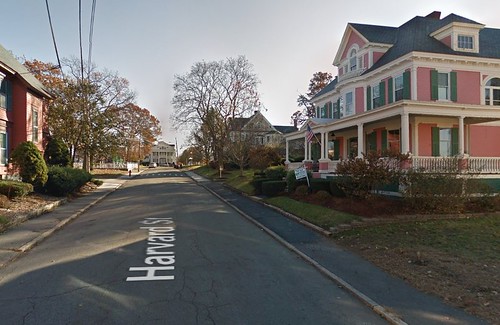 The chosen zone was Harvard Street, its Stevens Street parallel and the Middlesex Street and Princeton Boulevard perpendiculars – our very own golden rectangle.

The first stop was always Morse’s Funeral Home (1). The staff put on quite a spread in the garage – jack o’lanterns, spooky lights, hot cider, barrels for apple dunking. We left the premises soaked but hepped up for the rest of the itinerary. 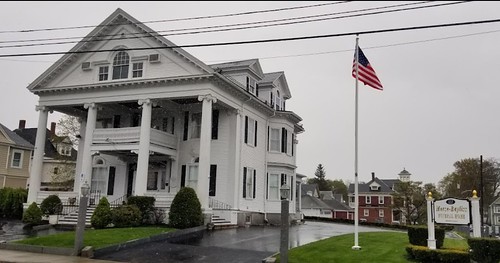 After Morse’s, we went down the odd-numbered side of Harvard Street and came back up the other side with a couple of strategic detours on Troy and Nicollet Streets. Our neighbors treated generously and always recognized us in our costumes. Even Moses-Pierre was found out, much to his astonishment. Comments like, “Oh Pierre, what a great disguise you’ve got there! You make a very nice Moses since you’ve shot up in height.” These compliments thrilled him. But one observation made our elder reach satori: “Pierre, you’ve grown so much, this will be your last trick-or-treating. You’re not a kid anymore.”

After our rounds in the golden rectangle, while crossing the Temple Beth El (2) parking lot facing our 99 Harvard Street house, Pierre, determined to make the best of his last Halloween, came up with a scheme to increase our booty. “How ‘bout if we change our costumes and then go trick-or-treating again? No one’ll notice. Whadaya say?”

Coaxing was not necessary. We quickly mixed, but not matched, our accessories and set out again. No one got to be Moses but the sheet robe turned Laval into a ghost, Pierre sported the cowboy hat and I concealed my pig tails in the pirate kerchief. Jacques donned the remaining accessories. We didn’t look very put together but our ruse worked. Elation, spiced with a pinch of guilt, enveloped us. The sight of the twofold Halloween haul quickly stifled any lingering remorse.

The trick-or-treating was over and we were back home after a deliciously spooky evening scaring one another with screeches, boos and Vincent Price laughs. Safe inside, we proceeded to organize our treasure. And what a sweet trove it was – Three Musketeers, Baby Ruth, Payday, Charleston Chew, Snickers, Mounds, Almond Joy and Hershey’s bars; little boxes of Goobers and Sun-Maid Raisins; bags of M & M’s, jelly beans, Hershey’s Kisses, Raisinets, red and black licorice; Rolos, Life Savers and NECCO wafers; fireballs, Canada mints and hard candy; homemade treats like caramel popcorn balls, cookies and fruit bars. After the inventory, we bid our cousins good night and gushed with gratitude to Moses-Pierre, a.k.a. bad-guy cowboy. Pierre and Jacques went home upstairs while we dashed into our ground floor kitchen to itemize the contents of our loot and negotiate swapping. “I’ll give you two giant fireballs for a Charleston Chew” or “I don’t like black licorice; what’ll you give me for what I got here?.” The possibilities were endless.

I obsessively gathered my favorite candy – anything chocolate – into a separate bag “for later.” Setting the best aside would make the pleasure last, right?

What an ordeal it was for my brother and I to limit our candy consumption on Halloween night. The temptation to gorge ourselves was irresistible. Papa always joined us at the negotiation table to preach moderation and especially, to inspect our takings. Then he would shoo us off to bed before the cataloguing and trading was over. Sugary stashes were off bedroom limits so bags and bowls of treats took over the kitchen counter.

We went to bed with the sweetest of dreams while Papa visited our treasure as we slept, taking his share. He was the real pirate. But he never admitted his crimes. Nor did we, until now.

One Response to Halloween in the Highlands