This past week, after a two year hiatus, Americans returned to traditional Fourth of July celebrations. For many, however, recent decisions by the Supreme Court; testimony submitted to the January 6th Committee; and ongoing concerns for the future of democracy, tempered such celebrations.

The following piece was written on July 4th of 2018. It was a response to the altering of traditional Independence Day celebrations to include a showcase of the U.S. military and an address from then-President Trump.

As communities continue celebrating America’s birthday, this essay remains a timely, and hopeful message to readers. 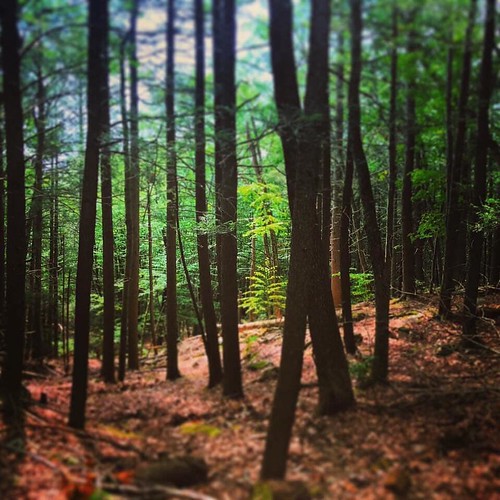 In the late 1980’s, somewhere between the writings of Emerson and Melville, I came upon “Young Goodman Brown,” a short story on Professor Zaitchik’s syllabus of Early American Literature. It’s been many years since I read it, but as of late it kept coming to mind. Vague recollections of Goodman, alone in the wilderness trying to find his way, tugged at me. So, I pulled out my thick, hard-covered copy of The Selected Writings of Nathanial Hawthorne and flipped through until I found it.

I had forgotten much of it, including that it’s an allegory. The story begins with Goodman journeying into the woods and leaving his wife, Faith, behind. It’s nighttime, and these are not the woods of Frost: lovely, dark and deep; they are only dark. Here, the gloomiest trees barely stand aside “to let the narrow path … through.” There is a creepiness to this story that Stephen King has called one of the top-ten of all-time.

Walking along the path, Goodman fears a “devilish Indian” behind every tree, until he meets a Stranger who looks so like himself they could be mistaken for father and son. The Stranger scolds Goodman for being late and, in my favorite line of the story, he replies: “Faith kept me back awhile.” Soon Goodman discovers that the Stranger knew his father and grandfather, and that they too had walked this path:

“I helped your grandfather when he lashed the Quaker woman, … through the streets of Salem, and it was I that brought your father the pitch-pine knot, kindled at my own hearth, to set fire to the Indian village in King Philip’s war. They were my good friends… The deacons of many churches have drunk the communion wine with me; the selectmen of towns make me their chairman; the majority of the Great and General Court are firm supporters of my interest.”

It turned out that this man with the black staff, and “an indescribable air of one who knew the world,” was no stranger to Goodman, or to any man, for the Stranger was “all that is wicked in [the] heart” of everyman.

As I finished the story, I thought of Professor Zaitchik standing there with one hand in his pocket, dressed in an olive-green, crew neck sweater (he always wearing it when I think of him).

“I know now why I’ve been thinking of this story,” I say.

“Because I think America is like young Goodman Brown. We’ve lost our way. We’re traveling through a wilderness, guided by a man we really don’t know, but we feel we’ve met before. Every day we get closer to this dark, uncomfortable place; a place not governed by justice, a place outside of the bounds of decency, civility and society. It’s where Christians are self-professed; where we fear those who are different; and where faith in humanity is lost. Here, there is no truth, just mirages the size of oceans.”

“I’m glad to know you were listening all those years ago, cause sometimes you could have fooled me,” he says.

“But what’s going to happen? Goodman was never the same again. No hopeful message was ever carved onto his grave.”

“Look kiddo, this isn’t the only story out there.”

“This is a course in Early American Literature, right?”

“Well, go back to how we started.”

“You remembered them. Good. Now, who am I thinking of?”

“Sinners in the Hands of an Angry God, Johnathan Edwards?”

“Does John Winthrop ring any bells?”

“Yes. ‘And we shall be, as a city upon a hill, the eyes of all people are upon us.’ That’s the dream and we have to keep at. We’ll always have ups and downs, highs and lows, good times and bad. Our ancestors have been through worse.”

Nodding, I thought of my own Russian-Jewish grandmother, Sally, and how by coming to America her family escaped those unspeakable events of modern history.

“So,” he continued “we’re not great right now. That’s happened before. But we can never give up on those founding declarations we set in motion, even when we fail to fulfill them.”

“Hey, next week read Thoreau’s essay on Civil Disobedience, Walt Whitman’s Leaves of Grass (the part about resist much, obey little) and look for me. I’ll be the guy in the olive-green sweater.”