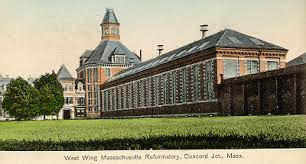 The inmates flooded into the chapel in an excited rush, paying no attention to either me or Tiresias. They were just intent on getting good seats. I recognized a couple of the most eager of them. There was Campbell, a transfer from the Sexually Dangerous Persons facility in Bridgewater. He’d killed a fifteen-year-old girl and tried to hide her body in a garbage disposal. There was Kirkendahl, a serial rapist from Charlestown who had a preference for the rough stuff with prostitutes he didn’t pay and usually put out of business. Then there were the regular thieves and burglars. I didn’t see any of the “biggies” there. Maybe the biggies were above mere human pleasures like concerts. They had more important things to do, like make money. “Biggies,” short for “big shots,” are the status prisoners—mostly bank robbers and cop killers. The rumor was that they ran things inside the walls, but since I’d been there for less than three weeks, I’d seen no evidence of it and couldn’t imagine how that could work. All the guys I recognized had been pointed out to me during my period of orientation and reinforced by stories my brother-in-law had been telling me. I already knew many of the murderers, the diddlers, the three-time losers, and the junkies. The population hovered around four-hundred, and about half of them were here tonight, the rest in school, avocations, or about other business, like body-building.

After they had all found seats, Tiresias sat down. I sat down and began my vigil—watching Tiresias. I could follow orders. He sat back with his arms up on the bench back as if he hadn’t a care in the world. I sat the same way. He didn’t take his eyes off me. I couldn’t help but glance over when the guy who organized the concert, a townie from Concord who was most likely a real-estate broker or lawyer, went up to the microphone and introduced the group, a local band from the Boston area that I’d never heard of.

I looked back and Tiresias was still looking at me. He wasn’t staring or anything. He just looked in my general direction as though the show meant nothing to him. If anything, he looked bored. I tried to look bored, too, but I couldn’t help glancing around from time to time to keep my eye on those few select prisoners I figured might cause trouble.

I looked up when the band came on, too. The inmates gave them a hearty welcome, some of them standing up and whistling at the women in the group. There were three men and two women. The men played backup instruments. The women had just their mikes and tambourines, and they started right in singing a song.

Tiresias kept looking in my direction, apparently uninterested in anything going on. I tried my best to look straight across the hall, but I couldn’t help noticing that the women were dressed in very short skirts, and they were pretty. The inmates were behaving themselves, though, so I began to relax a bit and enjoy the music.

After the first two songs, the lead singer thanked the audience for their raucous applause. “They told us we’re the first outside band to play in this prison,” she said. “That’s pretty cool.”

Wild applause with cheering and whistling.

“So are you guys ready for a show?”

I sat up a bit as the inmates stamped their feet and cheered. Tiresias showed no reaction.

“How’re they treating you?”

“Well, we’re goin’ ta treat ya right, and that’s the name of this next song. ‘Treat Me Right.’”

As the band belted it out, the inmates clapped to the bass line. Every time the lead singer came to the chorus and sang the words, “treat me right,” she gyrated her hips invitingly in her short skirt with her legs spread just wide enough to assist the imagination, and a couple of the crazies were down in front of the stage dancing along with her, and all the other guys were egging them on. They all were standing now with raised arms, and some of them were out dancing in the aisles, some right in front of me.

Tiresias wasn’t showing the slightest interest in any of it. He was watching me.

The band liked the crowd’s reaction, so they stretched the song out, repeating the last couple of verses and chorus, picking up the pace, and the place was going wild. I was trying to make it look like I was watching Tiresias while at the same time keeping an eye on Campbell, who was trying to climb up onto the stage. Suddenly, he was on it, along with one other guy I didn’t know, and they were right up in the singer’s face, dancing with her during the chorus, and the felons loved it and screamed for more.

Then Campbell tried to grab the singer. She looked terrified and motioned to the band to wrap it up after the chorus. She had the mike in her hand and she was backing up, still singing, as Campbell pursued her.

Tiresias was watching me. I pretended to see nothing.

A couple of the inmates looked over at me to see what we were going to do about it, but most of them were just into the scene, having a good time. All of a sudden, the song stopped, and by now there were about ten guys on the stage, still dancing, and the whole band was up against the back wall looking terrified. They were glancing from me to Tiresias and back again, pleading with their eyes for us to rescue them, and the inmates were still clapping to the beat of the music, which had stopped, and whistling and yelling.

Tiresias just kept watching me. It was as though he couldn’t see what was going on. I was having a hard time following his instructions. All of me wanted to rush to the front and get the band off the stage. They were in danger, and the whole place was on the verge of being out of control. I felt a flush in my face as the adrenalin pumped, but I just sat there watching Tiresias.

Then Campbell grabbed the mike and led the chant, but a couple of the other guys were trying to get close to the women, who were huddled behind the men in the band. The band had started something they couldn’t control. Then Campbell turned and grabbed one of the women and hauled her away from the men and started with his hands all over her.

Tiresias was still watching me like he saw nothing, but then something happened that changed everything. All the inmates still standing in front of their seats started looking at Tiresias and me, like, “Aren’t you guys going to do anything?”

Tiresias stood up. I stood up. Tiresias walked slowly and deliberately toward the front. I walked slowly and deliberately to the front. Tiresias got up onto the stage. I got up onto the stage. Suddenly the place was very quiet. The inmates began to sit down. Tiresias walked toward Campbell and the others on stage and invited them to return to their seats by motioning in that direction with his head, like, “Okay, guys. Fun’s over.”

I imitated his motions and his expressions.

They all got down from the stage, and most of them sat down. Tiresias opened the door at the side of the stage and motioned for the band members to leave. As they went by him, I heard him say, “Unless you want to play a few more songs.” He said it without any discernible sarcasm.

They didn’t. As they disappeared behind the door, I saw the organizer of the event huddled back there with a terrified expression on his face. Then Tiresias shut the door.

“Show’s over,” he announced calmly, pointing to the two doors at the rear of the auditorium. Two additional guards had appeared at each door, and they escorted the inmates back to the cell block. Tiresias and I waited until they were all out and then repeated the check we’d made before they arrived.

“You did good,” he said to me as he locked one of the doors.

“Looked like it was going to get pretty hairy for a while,” I said, trying to steady my voice from shaking.

“On this shift,” Tiresias said, “when we’re at full strength, they outnumber us 400 to 20 inside the walls. Just remember that. We run this place at their pleasure. You don’t take that into consideration, it doesn’t work. If we’d tried to stop it before they were ready, we’d have started a war.” He walked to the other door and locked it. “They all know Campbell and why he’s here,” he added.

I nodded. Seemed obvious to me now.

“There’s a lot of guys on this shift I wouldn’t have trusted in there,” Tiresias said as we headed to the stairway. “That’s why I picked you. I figured you’re new enough so you’d at least listen.”

I was thinking about how it was a whole world in there, and I was just beginning to learn about it and how even though we were responsible, the inmates did control things. I felt it up in the auditorium. Felt it in my bones. The most surprising thing to me, though, was that they had a sense of justice. Cons! They weren’t all crazy. They were just like me. Someone did something wrong, they wanted it set right. Damn!

We walked back to Inner Control to turn in our Chapel keys and got there just in time to see the band entering the trap on their way out.

“Good night,” Tiresias called to them. They just glared back at him as the inner door of the trap closed, and I knew they’d never realize that he had saved their lives all by himself—that all by himself he’d managed to control not only the more than 200 guys who had trouble controlling themselves and the outsiders who could not have had a clue about their role in unleashing Dionysian forces in that theater, but he’d also kept at bay one raw, untested guard on whom it was just beginning to dawn that it might indeed take all of five years to learn this job.

As we came to the cell block door, I said to him, “So you knew what was going to happen all along.”

He knocked on the door and turned to look at me as we waited for the guard inside to unlock it.

“Nope,” he said, looking directly into my eyes. “You never know that.”

6 Responses to The Tipping Point by Tim Trask (Part 2)