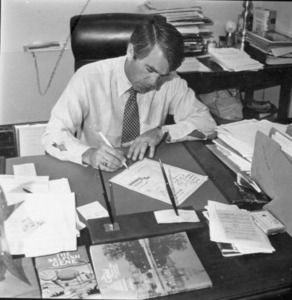 With our eyes on TV coverage of the Russian invasion of Ukraine today, I was reminded of past fighting by Russians under the USSR banner at the time in the cities and hills of Afghanistan. The Soviets tried to maintain control of the government for ten years but gave up in 1989, a prelude to the dissolution of the USSR soon after. The bloody resistance to the Soviets was fueled in large measure by the U.S. as Stinger missiles and anti-tank weapons found their way into the hands of the guerrillas, some of the same irregular soldiers who would wear out the Americans and regular Afghan forces over 20 years.

The situation in Ukraine could be setting up to be something like the long war of attrition, seen twice, in Afghanistan. In the 1980s, the US, China, Pakistan, the UK, and Saudi Arabia kept the flow of arms going to the local insurgents. Will we see something of this sort in Ukraine, with the US, European Union, and others hanging tough with the Ukranians?

Many of our readers will know the film Charlie Wilson’s War starring Tom Hanks and based on the book of the same name by George Crile (2003). Less well known is the contribution of the late Paul E. Tsongas of Lowell when he was a US Senator. In the book Crile writes: “There was only one other serious champion of the mujahideen during this time, a liberal Democratic Senator from Massachusetts named Paul Tsongas, who managed, in spite of fierce opposition from the Reagan White House, to win passage of a Congressional resolution calling for increased support for the mujahideen.”

The Baltimore Sun quoted Tsongas: “Afghanistan is crushed by . . . Soviet military power. Where is the concern? Where is the outrage? Why should it be left to conservatives to champion the cause of the Afghan freedom fighters?”

In the Tsongas Papers at the UMass Lowell Libraries, Center for Lowell History, a copy of a Tsongas letter from 1982 to his Senate colleagues lays out his position.

More on Sen Paul Tsongas and the Afghanistan issue from the Tsongas Papers at UMass Lowell.