Peuo Tuy is a spoken word poet, creative workshop instructor, and community organizer. Her poetry collection, Khmer Girl (2014), is inspired by the traumas of her life, including her family escaping the killing fields of Cambodia and enduring the inequities of life as immigrants in the U.S. Peuo is a founding member of the  Cambodian American Literary Arts Assoc. in Lowell, a non-profit literary arts association dedicated to the cultivation, visibility, and freedom of expression of emerging and established writers in the Cambodian diaspora. She has been featured in video projects such as The New School’s “Futurographies: Cambodia-USA-France (2016) and 30ToLifeProductions (2016). She has appeared at Harvard Law School, the Massachusetts State House, The Big Read/Miami Book Fair, Minnesota Fringe Festival, Nuyorican Poets Cafe, University of Minnesota, Harlem Book Fair, and Minnesota Cambodian Communities Council, as well as various junior high schools and high schools in the east coast. Her forthcoming poetry book is Neon Light Brights. She lives in Minnesota. 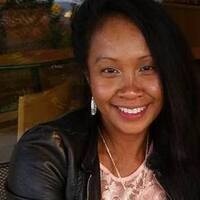 My father never completed the papers for his two children to come to the US.

His sudden death from lung cancer wounded us,

untied the union between our blended families.

Pbouk’s children told me they didn’t want to come—We’re too old now.

Instead I filed for Mak’s son, but it was too late.

100 days ago, he was burned in a mound of bamboo sticks and dessicated rice stalks.

Mak and I planned Remembrance Day months ago.

We arrived in the boom-hustle city streets of Phnom Penh.

She forces herself to chatter, but indignation and despair envelopes her.

Mak wanted to honor her son, husband, and past family ancestors.

I recall that day, the lines on her face were like bas-reliefs, depicting the backstory.

Her first-born son, she forsaken.

Father once told me, he was half my blood. Not really my brother.

Demanded he stay behind the barbed wires while we cross over to Thailand,

Khao-I-Dang refugee camp only allows a certain number to pass through.

who gave hatred a chance to end a man’s life.

My mother’s tears were penetrated with rancor.

Her heart sank and woke up every bone the Khmer Rouge ever killed.

People tell her stories about her son and how he died;

he tried to take other men’s wives, or that he owed money.

My brother had drinking, gambling and sex habit problems.

He could not outwit the devil like my father did.

Gave all the material wealth he needed to survive.

Let the current carry him down to the Mekong River,

circling towards the Gulf of Thailand.