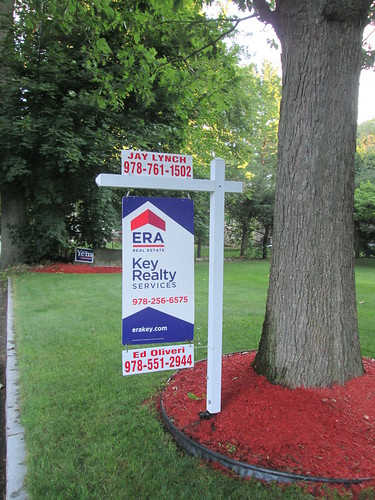 Here’s my review of local real estate activity and trends in 2021. This originally appeared in the January 2022 edition of the Merrimack Valley Housing Review.

With the Federal Reserve expected to raise interest rates to combat rising inflation, the number of mortgages being recorded should continue to decline through the coming year. Rising interest rates will also cool the housing market which has been booming. As mentioned above, the number of deeds recorded for 2022 was up and the month-to-month numbers did not show the precipitous decline seen in mortgages. However, as interest rates rise, potential buyers will have their ability to borrow curtailed which should in turn nudge home prices downward.

Still, home prices in the region are at historic highs when measured by the median consideration stated on recorded deeds. In Lowell, the median deed price of $380,000 was 15 percent higher than in the prior year. Most area towns saw similar increases. To place these numbers in context, the median deed price in Lowell in 2005 at the peak of the last housing boom was $254,900. (It fell to a low of $170,000 in 2011).

Revenue generated by the deeds excise tax corroborates the rise in property prices. The deeds excise is a tax assessed on the sale of real estate at a rate of $1.56 per $500 of consideration paid. As the value of property being sold goes up, so does the amount of deeds excise tax collected by the registry of deeds. The $16.9 million collected at Middlesex North in 2021 was an increase of 26 percent over the $13.4 million collected in 2020. However, there were fewer deeds recorded in 2020 so to make an accurate comparison it is necessary to calculate a tax per deed average. Doing that results in an average excise per deed of $1,994 in 2021 and of $1,843 in 2020 which is an increase of 8 percent.

While there was foreclosure activity in 2021, it was limited due to several factors including lingering moratoriums on foreclosures. But beyond any pandemic restrictions, the rate of foreclosures is always low in a time of rising real estate prices. If a homeowner falls behind in monthly mortgage payments and faces foreclosure, in a rising market the homeowner can sell the house and realize enough money to pay off the balance of the loan and thereby avoid foreclosure. In a declining market, the outstanding balance of the loan might exceed the fair value of the house (which is called “being underwater”) which would prevent the homeowner from selling unless the lender was willing to release the mortgage for less than the amount due (a “short sale”). For the record, there were 21 foreclosure deeds recorded in 2021. In 2019, before Covid and in a decent economy, there were 91. When the real estate bubble burst in 2008, there were 602. It is difficult to imagine a scenario in the next few years in which foreclosures would rise to bubble-bursting levels, however, the continuation of the pandemic, the end of moratoriums, rising interest rates and occasional shocks to the economy make it likely that foreclosure rates will rise in 2022.