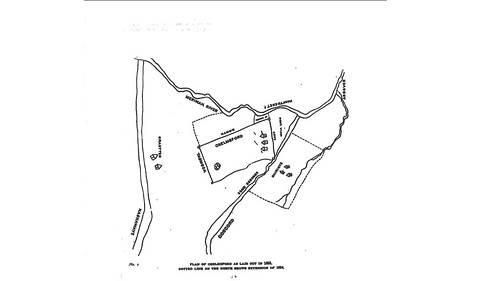 When English fur traders first ventured up the Merrimack River in the 1620s and 1630s, they encountered two established villages of the indigenous people who inhabited the region. The first village, known as Pawtucket, was located at the north side of the river at the falls. The other village, a few miles downstream, was called Wamesit. This settlement was on the south side of the Merrimack and straddled the Concord River at the point where it flowed into the Merrimack.

While the first English encountered by these Native Americans were fur traders, they soon became acquainted with John Eliot, a minister who assumed the mission of converting the Native Americans to Christianity. The start of Eliot’s evangelizing coincided with a willingness of the Indigenous People to consider English ways, especially the English god, as a result of the decisive English victory over the strong Pequot tribe in 1637.

Eliot first came to Pawtucket Falls in 1647 in the company of the fur trader Simon Willard. When he returned in the spring of 1648, he found a large number of Pawtucket Indians congregated at the falls for fishing. Each spring for the next 24 years, Eliot returned to the Merrimack to preach to the Pawtuckets.

Besides preaching, Eliot took an active political interest in the Pawtuckets to insure that their settlement would remain under their control. In the spring of 1653, a group of men from Woburn petitioned the General  Court for a town grant for the land that bordered the Concord River where it flowed into the Merrimack – the very land occupied by the Pawtuckets. In response to this, Rev. Eliot petitioned the General Court on behalf of the Native Americans for an official town grant for Wamesit, the land sought by the Englishmen from Woburn.

On May 18, 1653, the General Court granted two town charters. One was granted to Rev. Eliot on behalf of the Pawtuckets. This town would be called Wamesit and consisted of today’s Downtown, the Acre, and Lower Highlands sections of Lowell. The second town charter was granted to the men from Woburn but instead of the Indian land they had requested, this grant was for an area upstream on the south bank of the Merrimack.  This town would be called Chelmsford.

The residents of Chelmsford and Wamesit lived as neighbors for another 20 years until King Philip’s War shattered the relative peace in Massachusetts in 1675. This war between Native Americans and the English did not touch Chelmsford directly but men from the town was assigned to defend neighboring Groton which was attacked three times in March 1676 and was temporarily abandoned.

With King Philip’s War being the deadliest war ever (before or since) on the North American continent in terms of the percentage of the population killed, relations between the English and the Native Americans changed drastically in the war’s aftermath. This change in relations caused Wannalancit, the leader of the Pawtuckets who lived in Wamesit to abandon that community and relocate up the Merrimack to the woods of northern New Hampshire.

After abandoning Wamesit, Wannalancit and the other tribal leaders began formally transferring ownership of their land to their English neighbors. On November 18, 1685, Wannalancit signed a deed granting 30 acres of land in Wamesit to Thomas Hinchman of Chelmsford. On September 6, 1686, Wannalancit transered almost all of the remaining Wamesit land to Jonatthan Tyng and Daniel Hinchman. A month later, Wamesit deeded the last portion of Wamesit to Jerahmell Bowers of Chelmsford.

By these three conveyances, Wannalancit effectively ended the involvement of the Pawtuckets in Wamesit. Wannalancit disappeared from the region but eventually returned, living the remaining years of his live – he died in 1696 – at Jonathan Tyng’s house.

2 Responses to Wannalancit and the Proprietors of Wamesit Neck