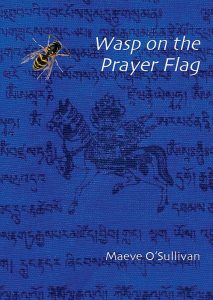 Back from its extended summer break, Trasna is please to present the latest publication from poet Maeve O’Sullivan, Wasp on the Prayer Flag. This is Maeve’s fifth collection with Alba Publishing. It chronicles the years from 2018-2021 in haiku and senryu. Rooted in Ireland and its varied landscapes, with some ‘postcards’ from the UK and Europe, this collection celebrates the inspiration and consolation of nature and the durability of human connections. In this volume, O’Sullivan has been praised for her keen eye, lightness of touch, and depth of feeling.

While the subject of O’Sullivan’s previous volume, Elsewhere, centered on an extensive trip to 13 countries, much of her current volume explores her native Ireland. At a time when travel plans have remained curtailed for many, O’Sullivan’s collection stirs and satisfies our wanderlust to travel “on the monk’s trail,” the “old bog road,” or an Inishbofin “island pub crawl.” While O’Sullivan’s writings have brought armchair travelers to far-off places, in Wasp on the Prayer Flag, readers will experience the place she calls “Home Sweet Home.”

Selections of Haiku Sequences from Wasp on the Prayer Flag 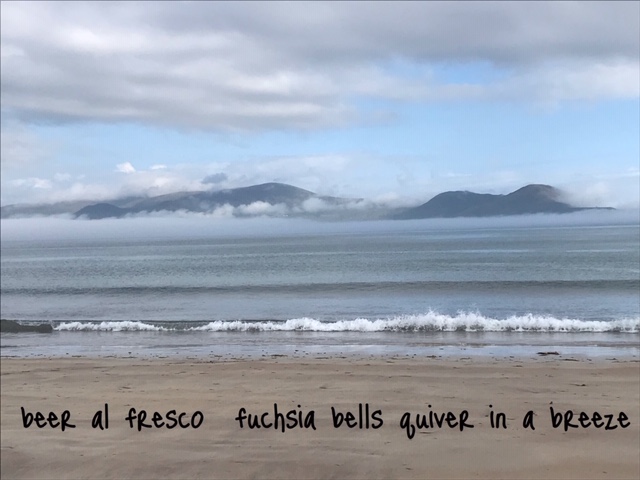 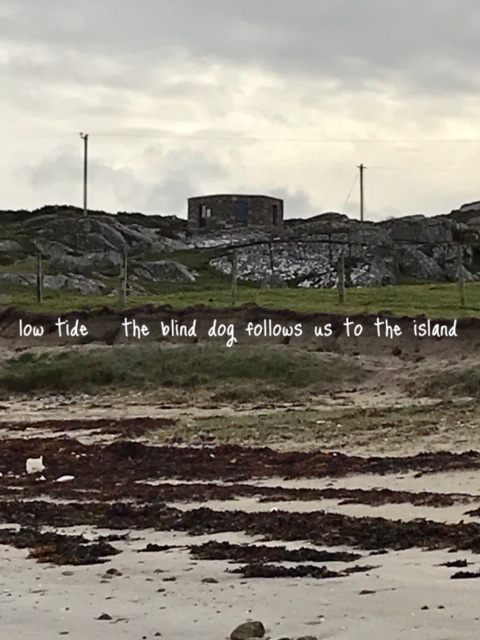 in the convent garden

I sneak a blackberry

with each lap of the path —

lunch break a wasp strolls across her lifeline

low tide   the blind dog follows us to the island

after the deluge
a buzzard flies over
the river floodplain

cold snap a spider arrives in my sink

in my friend’s window a trio of frost moons

tricks me into seeing

a lone swan as a pair

on the far shore

a field of rapeseed

she wades into the lake

away from the bluebells —

a pot of roses

for her heart companion’s grave – 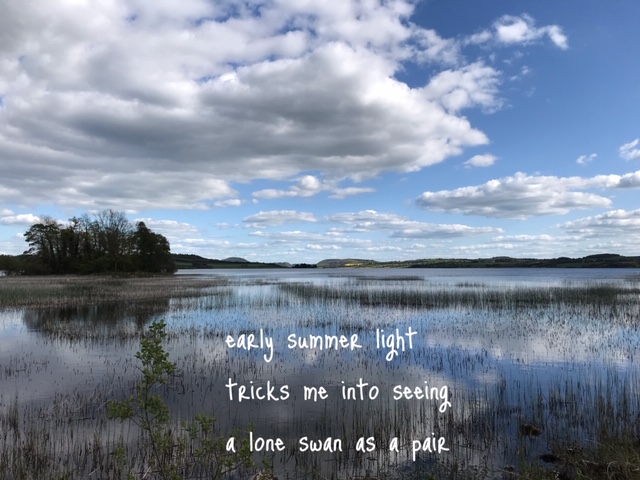 A Year and a Day

bad news:
the family archive-keeper
now part of it

* * *
my niece gives me
a birthday hug —
funeral lunch

* * *
grief attack   I buy a scoop of her favourite ice-cream

* * *
her first birthday after    a robin alights on the willow

a year and a day:
the motet’s final chord
settles like a bedsheet 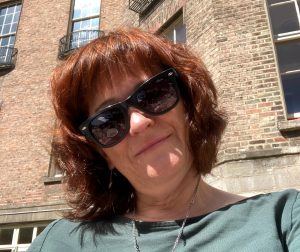 Maeve O’Sullivan’s poetry and haikai have been widely published, anthologised, awarded and translated during the last 25 years. She is the author of five collections from Alba Publishing, the latest of which is Wasp on the Prayer Flag (June 2021).

Maeve is a founder of the Hibernian Poetry Workshop, and a member of the Irish Writers’ Centre and the British Haiku Society. She also leads workshops and mentors individuals in haiku and related forms, and reviews for various journals including Blithe Spirit and the Dublin Review of Books.

For more on O’Sullivan and her work, she can be followed on Twitter at @writefromwithin and her website at www.maeveosullivan.com

In the past year and a half there has been a surge of interest in poetry. It has provided many with hope and courage during this time of crisis. With her latest volume, O’Sullivan and her publisher Kim Richardson of Alba are also hoping that her poetry may make a difference in the lives of Mongolians. Ulaanbaatar is the world’s coldest capital, with temperatures as low as minus 40 degrees. One in every three Mongolians struggles to survive, and most of them are children. The nonprofit Asral Mongolia provides assistance to Mongolian families. Thirty percent of all profits from the sale of Wasp on the Prayer Flag will be donated to Asral Mongolia.

Copies of Wasp on the Prayer Flag, as well as Elsewhere are available to buy in Ireland at Books Upstairs in Dublin, Charlie Byrnes in Galway, the Kerry Writers’ Museum in Listowel and the Tearmann Retreat Centre in Glendalough, Co. Wicklow. Signed copies can also be ordered on www.maeveosullivan.com and posted worldwide.

All photos are by O’Sullivan.