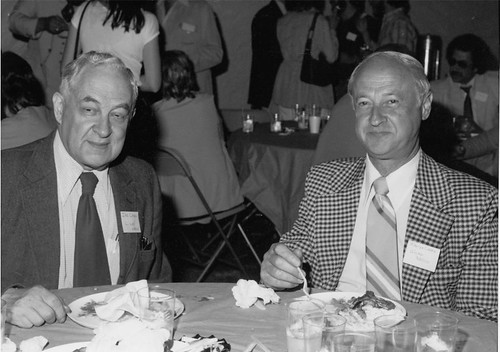 Ike and Maurice Cohen at the 1986 inaugural banquet for Lowell Telecommunications Corp.

Maurice Cohen, the co-founder and former owner of radio station WCAP, died recently at age 100. In the August 2, 2021, Lowell Sun, Barry Scanlon wrote an excellent appreciation of Maurice’s life. In 2012 while writing “Legendary Locals of Lowell,” I interviewed Maurice. He shared a number of photographs with me and also some stories from his younger days and from the founding and operation of WCAP. I’ve bundled those notes into the following essay.

Maurice was born in Portsmouth, New Hampshire, in 1920, the youngest of seven children of Jacob Cohen (who emigrated from Russia) and Jennie Black (who emigrated from Poland). Maurice’s  siblings, in birth order, were Israel (“Ike”), Theodore (“Ted”), Melvin, Timothy, Sarah, Edith and Maurice. When Maurice was in seventh grade, the family moved to nearby New Market, New Hampshire, but Maurice and his siblings spent much of their time in Portsmouth.

Ike Cohen, who was ten years older than Maurice, used to deliver newspapers to the Portsmouth Navy Yard. That’s where he first encountered radio. He became fascinated by this new technology and learned much about it from the sailors at the Navy Yard. While in high school, Ike built a radio receiver in the family’s home complete with wet cell batteries, chargers, telegraph units, a switch board, and primitive radio sets. This was the first radio in the vicinity so every night neighbors would congregate around the Cohen house to hear the latest news and entertainment.

Maurice related a story about how when Ike was in high school, he was out somewhere but was urgently needed at home. There was a baseball game being broadcast on one of the few radio stations then in operation. Brother Ted, assuming that wherever Ike was he was likely listening to that baseball game, used their own household radio transmitter to send a Morse code signal on the same frequency being used by the radio station to broadcast the ball game. The Morse code was a simple message: “Ike, come home right away.” Wherever he was, Ike was listening to the game, heard the Morse code, and came right home.

When Ike graduated from high school, he studied radio. Eventually, he worked as a radio operator on passenger liners. He did that for a number of years and traveled around the world. Ike then worked at WHN in New York as a radio engineer, but he wanted to start his own radio station. Every weekend, Ike would come home to Portsmouth and strategize with Ted about how they could get a station. The Federal Communications Commission (the FCC) only issued a limited number of licenses and the criteria for getting one was to bring radio to a place that either lacked a station or was underserved by whatever stations existed. With that in mind, Ike and Ted spent hours plotting existing radio stations and their coverage on maps of New England. Their plans were interrupted by World War II but as soon as the war ended they got serious about filing an FCC application. They were initially interested in Haverhill but soon realized their best chance was to apply for a license for a station in Lowell which was a large city that had only a single radio station (WLLH).

But the application process asked about finances for the proposed station which was a problem since neither Ike nor Ted had any money. That’s where younger brother Maurice came in. While Ike and Ted were technically minded, Maurice had always been entrepreneurial. When he was quite young, he began selling newspapers on the streets of Portsmouth. To get the papers required lining up outside the printing plant of the Portsmouth Herald. There was great competition to get your papers first and since Maurice was so young and of smaller stature, he was often pushed out of line by bigger boys. In response to that, Maurice convinced an older sister to line up for the newspapers since the other boys would not (physically) harass a girl as they would a younger boy.

At some point, Maurice began selling candy bars which he found to be much more lucrative than peddling newspapers. Maurice would buy a box of 24 bars and go to offices and garages in Portsmouth selling the candy bars for 5 cents each which yielded a profit of 2 cents per bar. Soon the candy delivery truck was making a regular stop at the Cohen residence to deliver 10 boxes at a time to Maurice who saved all the profits.

During World War II, Maurice, who by then had studied engineering at University of New Hampshire, got a job in the machine shop of the Portsmouth Naval Yard fabricating parts for U.S. submarines. He became such an expert at submarine mechanics that when the U.S. Navy captured a German U-boat in 1944, Maurice was one of a small group of technicians sent to evaluate the enemy boat. (Maurice said the German vessel was much more sophisticated than its American equivalent). He also took advantage of the unlimited overtime available during the war and accumulated substantial savings. He agreed to join his brothers in their radio station venture.

With the war over, Ike, Ted and Maurice submitted their application to the FCC in 1946. The process was slow-moving, and it took five years but they eventually were granted a license and radio station WCAP broadcast for the first time on June 10, 1951.

The initial license permitted WCAP to broadcast only between sunup to sundown which was a major hindrance during the Christmas shopping (and advertising) season. The transmitter was 1000 watts and used a single tower on Loon Hill Road in Dracut. (In 1980, the FCC granted WCAP permission to stay on the air around the clock while increasing its power to 5000 watts from the original 1000).

The Cohens were leading innovators in local radio in the northeast. WCAP pioneered talk radio. Their Saturday morning shows got so many calls that it disrupted phone service in Lowell and caused New England Telephone to upgrade phone service in the city. In the 1960s, the Cohen’s introduced Telephone Trading Time, a segment in which people could call and offer for sale anything they wanted. The caller would say “I have X to sell and my phone number is Y.”

For many years, Ike wrote and delivered on air editorials. He once did one in opposition to the war in Vietnam.  Maurice remembered receiving a lot of complaints about that one at the time. WCAP was also a prime platform for local political candidates. Maurice said two who stood out in his mind were John Carney and Fred Doyle. 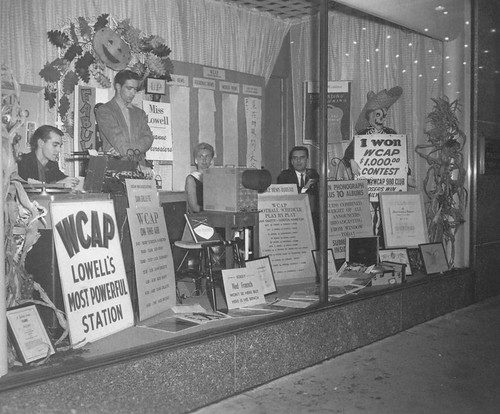 A major feature in the early days of WCAP was remote broadcasts, often from the front window of a local department store. Originally this required an expensive and complicated order of a special telephone line but the Cohen’s developed a “remote unit” that worked without a telephone link. 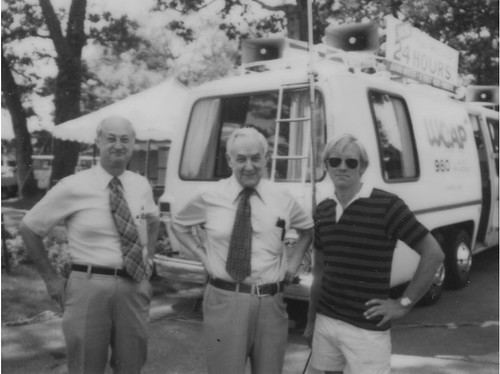 Many Lowellians will remember the yellow WCAP mobile studio in a refurbished mobile home. Before that, WCAP utilized a fleet of automobiles and even used airplanes and helicopters to give daily traffic reports including summertime reports on the weekend travel time to and from Hampton Beach. 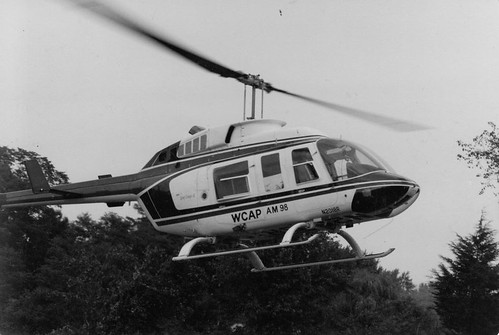 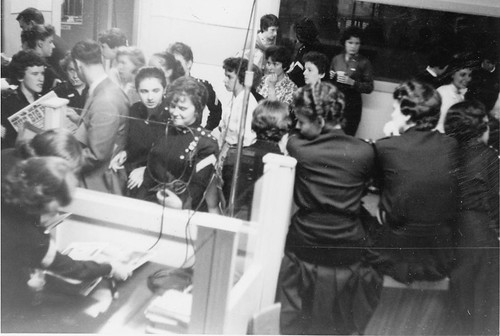 One of the high points of the radio year was the announcement of the Lowell High School Girl Officer’s leadership positions for the following year. The official announcement would first be made from outside the WCAP studio on Central Street. The station would place a parabolic microphone in the front window which would pick up the announcement live and simultaneously broadcast it throughout the city.

Besides his business expertise, Maurice Cohen brought technical knowledge to the radio station. When a large light bulb atop one of the stations’ transmitting towers alongside the Lowell Dracut State Forest burned out, 80 year old Maurice undertook the repairs single-handedly. Wearing a safety belt with a tool pouch and a bucket to carry the large lightbulb, Maurice climbed the 250 foot high tower and changed the bulb then snapped a picture of the ground below as proof of his solo ascent.

Ike and Maurice ran the station until Ike’s death in 1994 and then Maurice continued on alone until he sold the station in 2008.