This article originally appeared in the Summer 2021 edition of The Epitaph, the quarterly newsletter of Lowell Cemetery. 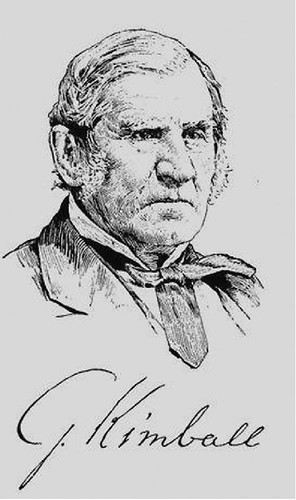 During the second half of the nineteenth century, Lowell became the center of the lucrative patent medicine business. Three of the primary purveyors – James C. Ayer, Charles Ira Hood, and Augustin Thompson – are buried in Lowell Cemetery. Modern audiences rightly associate “patent medicine” with slickly marketed products that missed the mark when it came to treating underlying diseases but it’s important to recall that Ayer and his colleagues were following medical best practices as they existed at that time. Health care in 1850 was not very different from treatments in 1750 or 1650 or even 1550.

But the medical profession was not entirely mired in nostalgic practices. Some doctors used their power of observation, their knowledge of science, and their common sense to break with traditional practices and bring innovation to the medical field in America. Such was the case in Lowell with Dr. Gilman Kimball (another inhabitant of Lowell Cemetery).

Gilman Kimball was born in New Chester, New Hampshire, in 1804. Upon graduation from Dartmouth Medical School in 1826, Kimball practiced medicine in western Massachusetts until 1829 when he went to Paris to study anatomy and surgery.

Upon his return from Europe in 1830, Doctor Kimball opened  his medical practice in Lowell with an office on Merrimack Street. He quickly established himself as a competent, caring physician who earned widespread distinction in the community.

In 1840, the owners of Lowell’s textile mills jointly agreed to create and finance a hospital for their employees. They invited Dr. Kimball to be its medical director and he agreed. The Lowell Corporation Hospital was unique in America. While corporations elsewhere may have provided clinics or paid for doctor visits for employees, nowhere else did private companies establish an entire hospital, especially one that treated both work-related injuries and other maladies. Because there was no other hospital in Lowell at the time, the Corporation Hospital also treated other city residents, even those unaffiliated with the textile mills. (In 1930, the remaining mill owners sold the Corporation Hospital to the Archdiocese of Boston which renamed it St. Joseph’s Hospital). 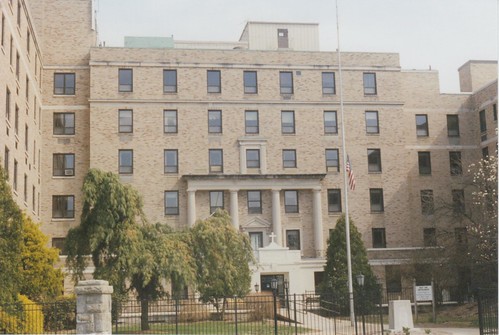 Because the workforce in Lowell was predominantly female, the Lowell Corporation Hospital became a national leader in the field of gynecology primarily due to the efforts of Dr. Kimball who developed nationally-recognized expertise in gynecological surgery.

When the Civil War commenced, Governor Joseph Andrew appointed Dr. Kimball to be the chief surgeon of the brigade formed by the four Massachusetts Militia Regiments that deployed to the south at the start of the war. Under the command of another Lowellian, General Benjamin F. Butler, Dr. Kimball established the first U.S. Army hospital of the Civil War at Annapolis, Maryland, in May 1861.