As we reach mid-June with the fervor to celebrate the season and enjoy beloved places, Trasna welcomes Linda Ibbotson and her tribute to the beauty of the coastal town Kinsale, to the legacy of Irish culture, and her creative collaboration with Russian pianist and composer Arsentiy Kharitonov. A gifted poet and lyricist, whose artwork and photographs have won acclaim, Ibbotson shares her spirit of renewal in both the present and the past with readers. 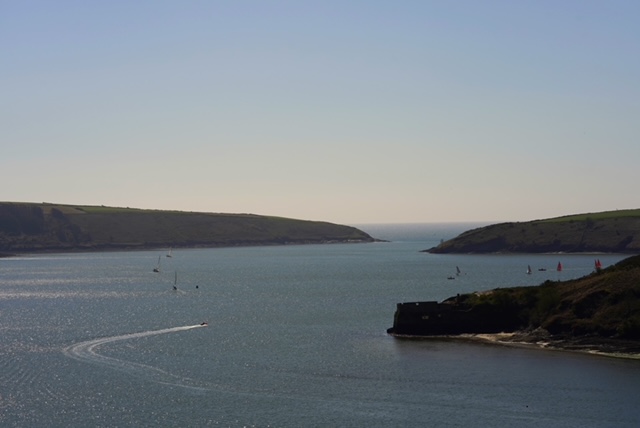 As a classical piano lover, I was delighted when Russian pianist and composer Arsentiy Kharitonov emailed a composition to me and invited me (if it inspired me) to write a poem to the music.

It was several weeks before I could focus on this project in its entirety. On listening to the opening notes the gentle, wistful tones moved me deeply on a personal level. My mother had recently passed away.

I eventually approached this as if looking through the eyes of an imagined composer, one that had personally known Rachmaninov and had experienced solitude, sensitivity, the angst, the adulation. My creative ideas emerged, when I explored the life of Rachmaninov, the Russian landscapes and culture, the onset of the Revolution, the way he had to swiftly depart Ivanovka his beloved idyll, fleeing with few possessions with his family to New York, to begin a new chapter of his life in 1917.

Working with the music I wanted to reflect the delicacy of mood and rhythm, a harmonic sequence of expressive images, imbue a feeling, not only of dissolution and yearning but indicative of triumph too and tenacity against all odds. In the finale, a sense of optimism.

The Rachmaninov Concerto No 2 in C minor, written after a long period of depression, had been greatly loved by my parents. They were in my foremost thoughts as I wrote this poem.

*Arsentiy studied at the Rimsky- Korsakov College of Music of the St. Petersburg Conservatory. He holds a Doctor of Musical Arts Degree from University of North Texas in piano performance.

Listen to the music composed by Arsentiy Kharitonov at this link.

each cobblestone, a story in a language of its own:

There are shadows etched with grey charcoal,

as brittle as dead men’s bones.

A chandelier, the colour of cathedral glass,

hangs, as fragile as discontent.

At night, there is a vision of a Chagall in blue.

think of nights spent with red wine and introductions,

of playing the Rachmaninov – Concerto No 2 in C Minor;

the opening strike of church bells fortifying our very existence.

In contrast, the Adagio Sostenuto, as soothing as a still lake.

I recall endless summers with Sergie at beloved Ivanovka,

of picnics in fields of dew and wild orchids,

watch the solitary arms of a windmill paint the sky.

From the doorway of the music room I observe virtuosity,

There was nothing broken then.

On an October wind, a fist of dissonance marched.

You grasp your coat and hat, a small case of music,

from the sleigh, your eyes still mapping the keyboard

as a cartographer maps the world.

At the piano, I count time,

the same way a skater’s blade cuts into ice,

Scores scatter on the floor as if confetti,

I watch clouds as they spiral in the salt winds to the Steppe,

fall into blades of wild grass,

listen to the wasteland, cold and barren,

hear its stones crying out for want.

Time wound me around its fingers,

as I rehearse with longing and doubt,

desire to remain in the solace between sleep and wake.

each cobblestone, a story in a language of its own,

Outside, a storm breaks as I peer through the darkness. 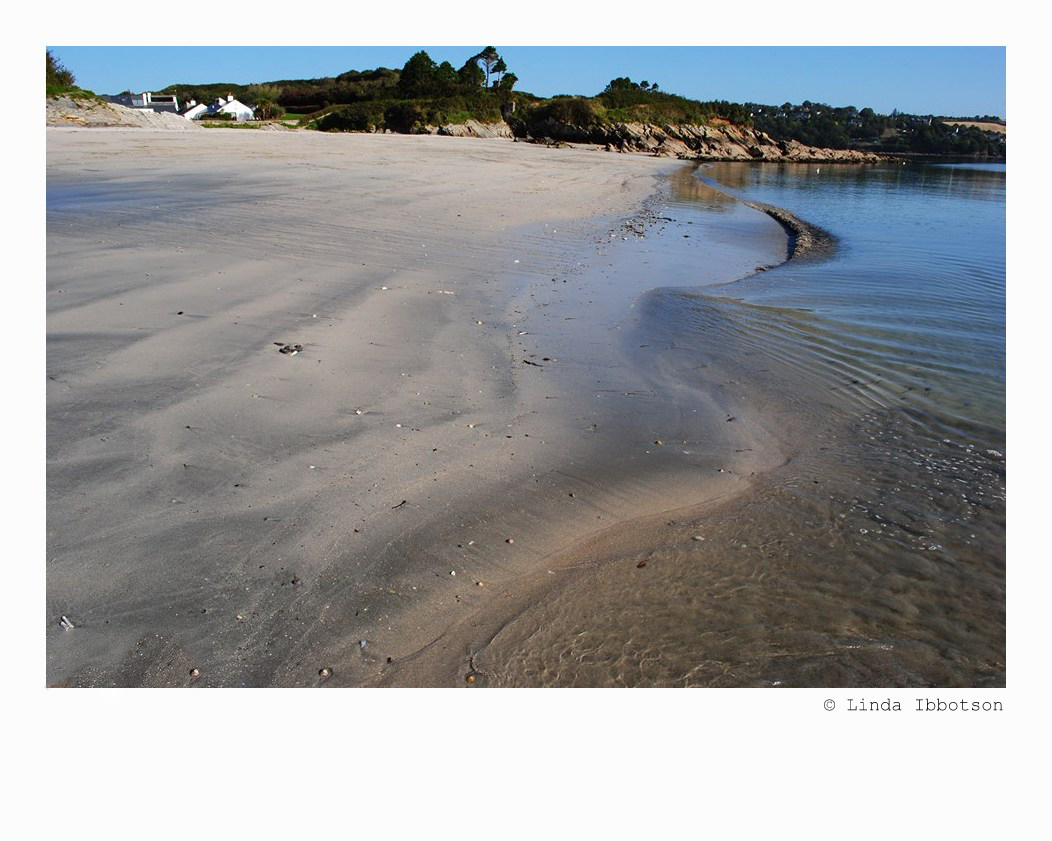 the skylark heralds the dawn chorus

in my demesne of duck egg blue.

a mirage of matchstick masts

navigate the thirsty mouth of the harbour,

and my skin drinks it all in.

Sometimes, when I bury myself, in myself,

never quite reaching the point when thinking stops,

or stroll to the Spaniard

where the swans dance to Francesca’s mandolin,

I look at life in black and white at The Gallery,

and fly it like a kite on the beach.

After sundown you’ll find me in The Black Pig

sipping a glass of red,

satisfied with the feeling that finally,

that weeps beneath wounds

Stone that cleaves to breath

shaped to spear the horizon

that once housed the faithful

scoured by silent storms as

Anchored between the sacred

the Book of Kells 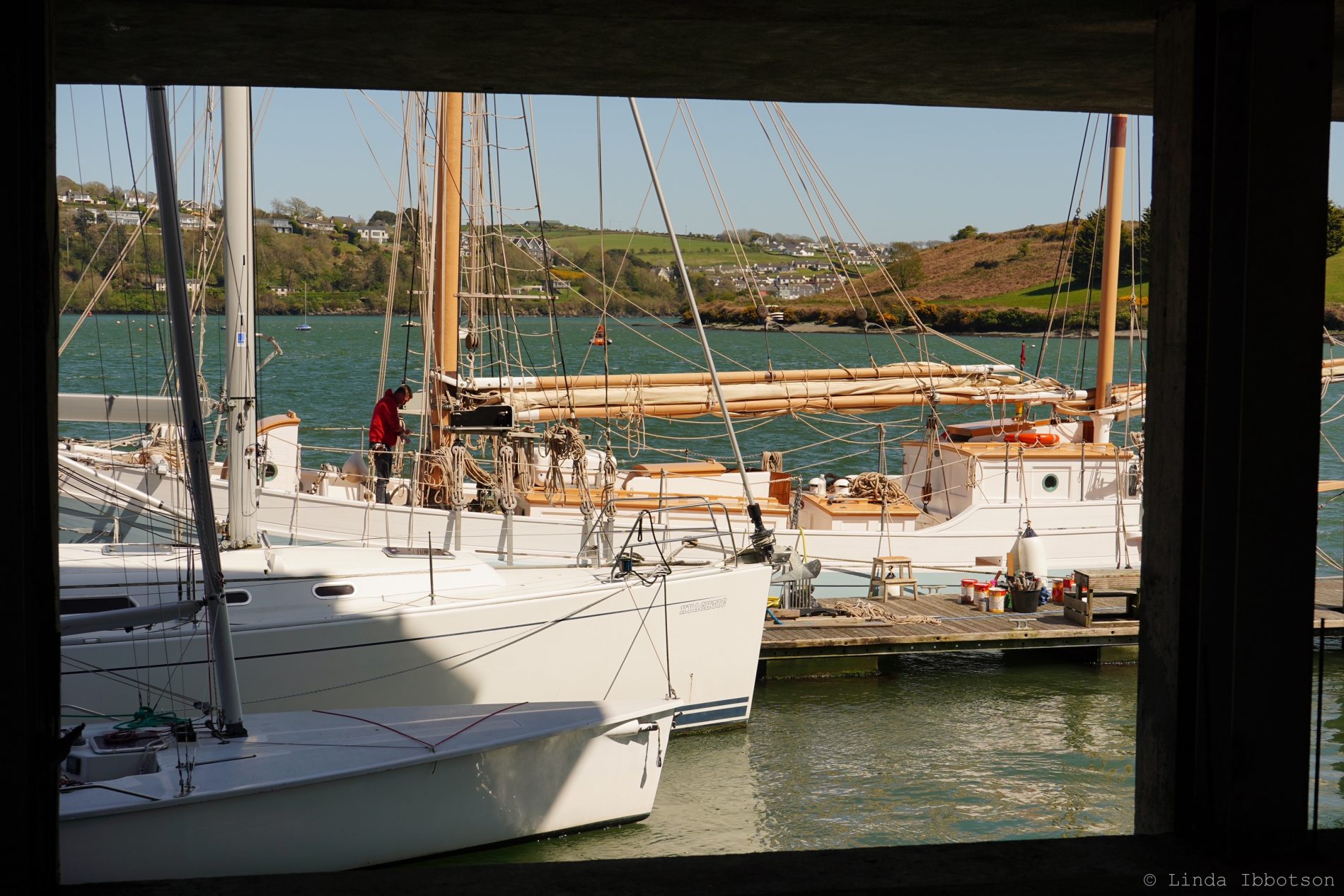 Beat of the Bodhran

I hear your hands.

A benediction of skin to skin,

a mantra of ancient bone

and swan sons of Lir.

from wings of sorrow

woven to crown the halos of pilgrims.

and dance with eyes

that speak of legends.

in the half light of an eclipse

coil around the limbs

In the heartbeat of ravens,

echoing in the womb

of the Holy Well

and the gentle whispers

of the wind that

binding the wounds of heroes

On the street of the stone ringfort

I see streams of colour

in a blind piper’s eyes.

Through each scarred hue

to catch the colour

bows its head in prayer.

as they slip between Atlantic blue,

each wave knowing its birth.

In time and out of time

in the rhythm of soft rain,

in the flute song of the egret

as Erin kneels before the ephemeral,

of the known and the unknown,

I hear your hands,

on an incandescent moon of skin,

in the wintered hands of a scythe,

in the footfall of red deer,

and in the light of the eternal.

And as I watch Celtic mists rise

I feel both a longing

to this land, this people, these words

that linger as a mantra,

in the warmth of solace

beneath the silent boundary 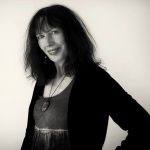 A photograph of Hugo Vegter, Instrument maker in Cork was in an exhibition The Maker’s Hands.

A photograph of her artwork was in an exhibition in Summer 2020 at Lismore Castle Gallery, Co. Waterford, Ireland. Her poem A Celtic Legacy was read on radio and performed in Paris and Lyon by Irish actor and musician Davog Rynne. In May 2021, she collaborated with Russian pianist and composer Arsentiy Kharitonov, where her poem Notes From an Empty Room was written to his piano composition.

She writes arts and culture blogs Contemplating the Muse and One. Her poem, ‘Homage to Kinsale’, was first published in the Irish Examiner, through an initiative of the Munster Literature Center.
Photo credits: Linda Ibbotson

4 Responses to Linda Ibbotson, “Homage to Kinsale” and Other Writings