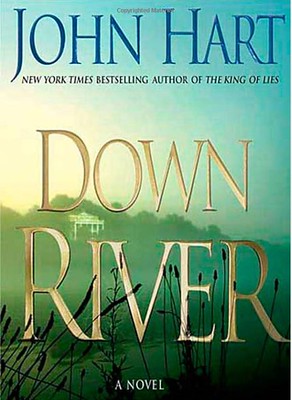 A Book Review by Jack McDonough

But I appreciate good writing and would like to help budding novelists, and even those already published, by sharing examples of remarkable phrase turning I found in one particular prize-winning work.

I’ve organized these examples into categories such as facial features, voice, reactions and so on. I begin with descriptions of faces because that’s what this author obviously spent much time perfecting.

“I leaned away from the desperation in her face, the quiet weak hunger.”

“Merriam looked at me and her face was an opened wound.”

“His mouth firmed into an uncompromising line.”

“The smile slipped off her face.”

“An edginess moved into her face, a stiffness that spoke of defiance.”

“(She) dropped beside me, face twisted with worry and wild regret.”

Is it any wonder that this author won a prize? The face didn’t merely communicate desperation, but desperation of a certain kind, one that spoke of “weak hunger.” Would mere “hunger” suffice here? Certainly not. And the edginess that, once having moved into her face, had a stiffness that “spoke of defiance.” I’m sure we’ve all observed that kind of stiffness but were never able to describe it so succinctly. Finally, the woman whose face was twisted with “wild regret.” How better to define regret than “wild,” you must ask yourself.

Moving along, we see that laughter is no challenge for this writer.

“She laughed an unforgiving laugh.”

“A nervous laugh gushed out of him.”

Do these laughs require any comment? I think not. Except perhaps to note that the author has captured the skill of using adverbs and is unafraid of his work being labeled Tom Swiftyish.

Smiles are no laughing matter with this writer, if I may use a bad pun here. Observe:

“He smiled the most hateful smile I’d ever seen.”

“Her smile was tight.”

Can you imagine how a smile could be “hateful?” No? Me neither. That’s why this author is so good. And the grin wasn’t pleasant or cheerful. Nor was it abject or base. No, it was, Ta Da: d-e-s-p-i-c-a-b-l-e.

In the voice category we have interesting examples. To wit:

“Her voice was empty.”

“She spoke smoothly but I sensed great hesitation.”

“When she spoke it was with determined finality. Like she’d made some brutal decision.”

“I stripped my voice down and told them almost everything.”

What more can be said about determined finality or a brutal decision. This leaves nothing to the imagination.

Having saved some of the best for last, we have these:

“I stared as something loud and tribal began to thunder in my head.

“I felt the change in her, the sudden rise of an unyielding intellect.”

“The rage in him had died to a colorless implacability.”

“Something fragile spread in the void of my chest.”

“I felt something turn in my chest.”

“Something snapped in my chest. A strap loosened.”

“I turned violently away.”

“Cold filled me up. My mind went red.”

“He shook his head and a look of troubled perplexity deepened.”

“I pushed my feet up the sidewalk toward the jail. It rose

hard-edged and graceless, with windows as narrow as a woman’s

This novel, published by St. Martin’s in paperback in 2007, won The Edgar Award and carried the usual glowing reviews in its front pages. The Boston Globe said the author snares the reader “with evocative storytelling and lush prose.” The Sun Sentinel in Florida wrote that it “falls squarely in the league of the best of Southern novels.” On the cover, the Chicago Sun Times said, “Gripping. A must read.” The New York Sun, which folded in 2008, said, “If you value Harper Lee, James Lee Burke, Truman Capote . . .” it’s time to add this author to your bookshelves. (No wonder the paper folded.)

The author was John Hart and the book was titled “Down River.” The most amazing fact here is that this was not his first novel. This second work was so bad it could have been a parody. It was so bad that I simply couldn’t throw it away, strange as that sounds. This “review,” then, is a catharsis.

Lessons to ponder, or not: