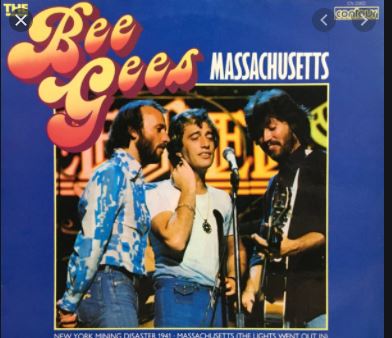 Most people know the Bee Gees as a phenomenon of the late 1970s: Disco, Saturday Night Fever, and all that, but I was introduced to them in January 1968 in Vung Tau, the Republic of Viet Nam. I’d been in-country for three days, the first night trying to sleep under the business end of cannons that were firing huge shells into the distant jungle some thirty or forty miles north of Bien Hoa. I had then been shuttled from one reception center to another, fed tasteless food, and given seriously contradictory information about my future both during and beyond the then present day.  I’d received orders for a unit in Saigon a few months earlier, before I’d gone home for a month before reporting to catch a flight to the Republic of Viet Nam. When I landed in Bien Hoa, I was told that when those orders had been cut, things were different. Then I was told I would be stationed in Vung Tau.

“Where is Vung Tau?”

“Oh, Vung Tau is an in-country Rest and Recreation center. A resort!”

I was dubious. An in-country R & R center was certainly too good to be true.

But it was true. I flew to Vung Tau on a DC 47, a plane from my father’s war, and reported to 1st Logistical Division Headquarters. They sent me to a particular barracks for the night and said I’d get further instructions later.

As I entered the barracks, several GIs greeted me and asked where I was from. When a guy from Massachusetts heard I had lived in Massachusetts, he motioned me over and told me to put on a set of headphones plugged into his Akai 1800 SD tape recorder, a reel-to-reel that also has an eight-track recorder/player on its side. (Even today, the 1800 SD sells for up to $500 on eBay.)  I put on the hi fi stereo headphones, something I’d never experienced before, and listened to the sounds of the Bee Gees singing “Massachusetts.”

It was my first introduction to The Bee Gees, whose sound was amazing, and this song made me both miss and be proud of one of my homes back in the world. The last line of the song, “And Massachusetts is one place I have seen” was to me an understatement that made the song all the more powerful. Yes, Massachusetts was indeed one place I had seen.

As I listened, the clear, tremulous tones of Robin Gibb’s voice, backed up by his brothers Maurice and Barry as well as by what sounded like a full orchestra, bathed me in a wash of an experience I had never expected to have on entering a war zone. I can’t say that I had a very good understanding of the song on hearing it that night, but I was impressed by the very fact of its existence. The soldier hosting this event told me that a Boston radio station sent reel-to-reel recordings of the top songs of the week to soldiers in Viet Nam, and this was on one of the tapes they had sent him.

More than fifty years later, that night is still precious to me. Throughout my tour, the puzzling lyrics of “Massachusetts” kept returning to me.

Feel I’m goin’ back to Massachusetts

So he’s not in Massachusetts at the moment. Neither was I, obviously.

Something’s telling me I must go home

When they wrote these lyrics, the brothers Gibb had never been to Massachusetts. According to one account, they were staying on a boat in New York City harbor, meeting with people in the music industry, and it was the Summer of Love, 1967, when everyone was putting flowers in their hair and streaming to San Francisco (in person, not virtually). The Bee Gees chose “Massachusetts” because they liked the sound. Perhaps the fact that it shares syllable length and the metrical pattern of “San Francisco” was important, too. The singer tells us that he left “her” all alone and (because of that?) “the lights all went down in Massachusetts.” Later, I read claims that they’re singing the lights went “out” in Massachusetts because of all the people leaving for the other coast. It sounds to me like they’re saying “down,” not “out,” and I like “down” better than “out” there because it fits the personal experience I think the song is conveying.

During the Summer of Love, I was stationed at Fort Gordon, Georgia, working as a company clerk, a job I’d been taught by a guy named Nemeth. He taught me so well that when the Company Commander, Lt. Morris, got orders for Viet Nam, he asked me to volunteer to go with him. I thanked him for thinking of me, but I had no desire to go to Viet Nam, so I declined politely.

One morning some weeks after Lt. Morris left, I got a phone call from the Battalion clerk. “Your name came down on a roster for Viet Nam,” he said. “Come see me at lunchtime.”

I walked to Battalion HQ and he showed me the roster. He pointed to my name and said, “If I write back that you’re not available at this time, it will take at least six months to get you on another roster. Since the orders are cut after the roster is confirmed and they have to have about six-months lead time, by the time all that takes, you won’t have enough time left to go.” He waited for my reaction, which was to say nothing, and then said, “Give me $20.00, and I’ll make it happen.”

I looked at him and said, “I don’t want to do that.” I thanked him for the offer and returned to my company.

Now, some six months later, I was in Viet Nam listening to a song by a group I’d never heard before, singing about one of my homes. I was born in Maine, and I was living in Maine when I was drafted, but I was drafted by a board in Haverhill, Massachusetts. From the sixth grade until I’d been expelled from college for exceeding the class-cut limit, I’d called Massachusetts my home.

About a week before hearing this song, I had flown to San Francisco and spent a lonely night in a fleabag hotel before reporting to the base in Oakland on a foggy morning in January. San Francisco was not flowers and love to me. I was going to Viet Nam all by myself.

I don’t think the Bee Gees had been to San Francisco, either, but this song comes directly out of that 1967 summer spirit, a spirit that is still nostalgic to members of my generation.

Robin Gibb sang the song, but the persona is someone who has not only left Massachusetts but has also “tried to hitch a ride to San Francisco.” He doesn’t tell us whether or not he succeeded in getting there to partake of the national atmosphere of that summer. Why did he try to get to San Francisco?  “Gotta do the things I wanna do,” he says. Maybe that’s why he didn’t take “her” with him.

They brought me back to see my way with you.

Do these lines suggest that his trip may have been aborted and his relationship with “her,” who is now “you,” has a future that a successful experiment with flowers and love and drugs might have put out and not just down?  Or could it be that this “you” is a different person from “her?”

And then this happens:

Talk about the life in Massachusetts

Speak about the people I have seen

So when he sang about the going down of the lights that brought him back “to see my way with you,” does that mean that he’s just seeing their relationship in a new light?

Here’s how he ends the song about him, her, you, and Massachusetts:

And Massachusetts is one place I have seen

I’d say he’s gone. If not to San Francisco, definitely not back to Massachusetts.

I listened to that song twice that January night in 1968 with my eyes shut and my ears covered by a hi-fi stereo headset that made the whole world other than the song go away. At least I hadn’t left a girl standing all alone, and my ego wasn’t sufficiently hypertrophied to make me believe that when I left Massachusetts in March, 1966, the lights went down even one candlepower.

After the second round, I removed the earphones, smiled and thanked my new friend for the experience. As we were talking, someone called my name and handed me several sheets of paper, orders to report to the airfield in the morning for a chopper ride to Dong Tam.

Pitying looks all around.

“It’s way down in the (Mekong River) delta,” a grave voice said softly. “Three guys were killed there last night; you’re probably going to replace one of them.”

My thought as I fell asleep in a strange bed in a strange land that night was, Perhaps I’ll never make it back to Massachusetts, either.

NOTE: Tim Trask did make it back to Massachusetts, where he met Janet, to whom he has been married for forty-eight years. He retired after forty-five years of teaching literature and writing to college students. He and Janet raised three children and now enjoy babysitting their two grandsons, Leo and Axel, five days a week at their home in Brockton. Tim is the author of the novel Frags. https://www.amazon.com/FRAGS-Tim-Trask-ebook/dp/B0791MNGSP