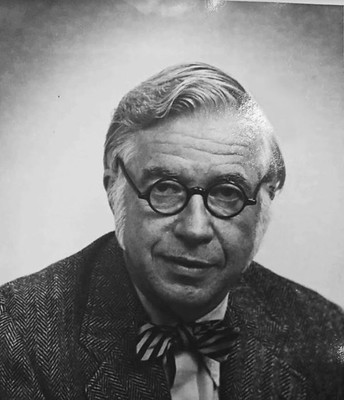 My parents met at a party near St. Elizabeth’s Hospital, in Brighton. My mother was a nurse there, and my father was invited by his brother, who was a resident.

The story goes that amidst all the singing, boozing, smoking and dancing going on, my mother noticed one guy, playing the piano, drinking a cold glass of milk.

Dad never really knew how to play the piano – but his ear was so good, he taught himself a few tunes.

He heard things differently, more acutely, as if on a different frequency. He could identify where people were from, based on lilts and cadences too subtle for the rest of us. “You’re from Maine, but way up – maybe near Fort Kent?”

He whistled with gorgeous trills and harmonies, and listened to vinyl records on his turntable – sitting in his worn red velvet chair, lost in the beats of Janis and Scott Joplin, the Beatles, Doc Watson and The Black Eagle Jazz Band. He’d feel the music – happy or sad – eyes closed to let his ears do the work.

While his day job was dentistry, Dad was widely known around town as the funny guy who could do accents – English, Irish, and Downeast Maine. He was the go-to guy for all kinds of retirement and anniversary parties, before his talents were displayed on larger stages, in cities around the country.  As a kid, I remember my mother using white shoe polish to age his hair – he’d add a tweed blazer with leather elbow patches, a pair of John Lennon-like round spectacles, a misbuttoned wool vest, and, bam! He wasn’t Paul Riley from Norwood, Mass., he was Dr. Wesley Smythe-Jones, a high-level English dentist hired to tell American dentists (or pulmonologists, or periodontists) why the English system of socialized medicine was far superior to the American models. After riling them up for an hour or so, he’d confess his true identity and lighten the mood with some Maine jokes.

My father was bipolar, or, as it was called in those days, manic depressive. For many months of the year, he was feeling every sad note, experiencing every searing pain. He soldiered through – thanks to my mother, medication, and his own determination to support his children longer than his too-soon-dead- alcoholic father. Then the cycle broke, and the mania came for a visit – usually for three months or so. During these short weeks, he was like a prisoner set free, greedily sniffing fresh air and noting flowers and friends and food. “Ribs? I love ribs!”

In both conditions, music was a balm. In the sadness, he’d softly crumble into the red velvet chair, and put on some Mozart, taking notes in his heinous handwriting on yellow legal pads for classes he took for fun, after working all day. When he has happy, he’d wrangle whichever of us kids was nearest to marvel at Barbra Streisand’s breath control – no matter how many times he picked up and put down the record needle, we never heard her inhale.

In a move typical of his condition, he also made extravagant purchases when he was feeling good, once including rehabbing a player piano tossed to the curb by neighbors.  I’ve never seen another before or since – this machine that could interpret tiny holes in paper scrolls, and, with the help of a human pushing the foot pedals, direct the black and white keys to plunge down, (no hands!), and play a song. It wasn’t pretty like a grand piano, but awkward and brown and boxy. There it sat, in our living room, its top piled high with a hundred long, tube-shaped red boxes of musical scrolls full of tiny punch holes. The holes corresponded to notes of songs like Hey Jude, Second Hand Rose, Sunrise, Sunset, and Boogie Woogie.  You’d take a scroll, hold the ringed plastic edges on either end, and tighten up the paper – frayed on the sides for the more popular ones – and wedge it into place on a spindle, hooking a pointed little section of reinforced paper  onto a hook. Then, pump the foot pedals, and, sure enough, the piano keys descended, by themselves, to play the song. It required even foot pressure for the song to sound okay – too fast, and it sounded jangly, too slow and things sounded underwater.

His ear was also super tuned to the mundane – God help the kid who thought he’d sneak in late. One afternoon, visiting with his in laws in their stuffy, smoky living room, the room grew quiet. Then the mangy dog started to wag his tail against the hardwood floor. My dad, hearing music when we didn’t, began singing, “Oh When the Saints, Go Marching In…”