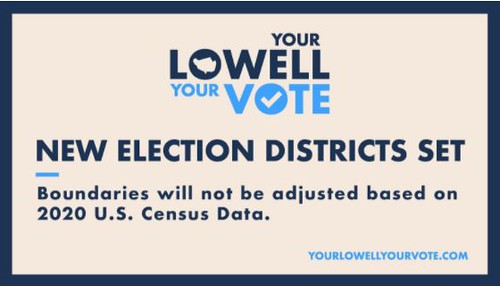 The 2021 Lowell City Election will be the first under the new hybrid election organization that features a mix of at-large and district councilors. This past week, the City posted an announcement that the previously released district map will be used in this year’s election and will not be adjusted based on the outcome of the 2020 census.

The new system increases the total number of city councilors from nine to eleven with three of the eleven being elected at-large (meaning citywide) and eight being elected from districts (with one councilor per district). In the past, all councilors ran citywide and voters were able to vote for nine candidates in the general election. Now, voters will be able to vote for up to three at-large candidates and for one district candidate (for the district within which the voter lives).

Applying that same formula to the new system, I assume that if there were more than six at-large candidates, there would be a preliminary election for those seats (since three would be elected in the general election), while any district that had more than two candidates would have a preliminary election to reduce the number of candidates to two which would be double the number to ultimately be elected for that district (one).

Here is the timetable for the 2021 election: 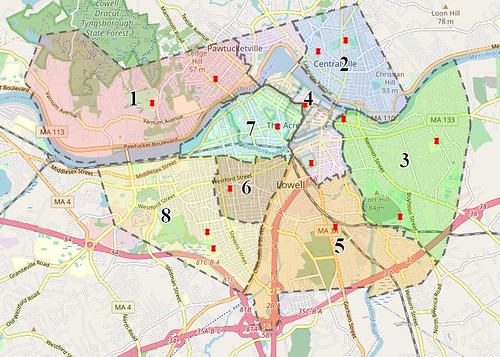 The city has placed an interactive map online. (The above image is a static screenshot; to go to the actual map,  follow this link and then enter your address in the search box to locate your district).

Certainly, some incumbent councilors will run at-large but they might not have to make a final decision on that until late August when the nomination papers are due. For now, let’s set aside the at-large vs. district question and project which district each incumbent would run in based on their current residence. I’ll also add to the roster the four candidates who have formally created campaign committees with the state Office of Campaign and Political Finance. That gives us a total of 13 candidates. Here is how they are distributed among the eight districts:

To conclude, back in December I wrote a blog post that described the boundaries of the eight council districts and compared them to the existing ward and precinct system. Please check that out for more info about the layout of the new districts.