In recognition of Black History Month, this week Trasna features an excerpt from a new publication by Joann Malone, Awake to Racism. Malone, an Irish-American, shares her experiences as a Catholic nun in Alabama in the 1960s. There, while teaching, she begins a lifelong involvement in the Civil Rights movement. Beginning with the 1963 bombing of a church in Birmingham to the death of George Floyd, Malone urges readers to AWAKE to Racism, and to celebrate our greatest strength, diversity. (CO’C)

“My White Privilege,” from AWAKE to Racism by Joann Malone

An absence of color, melanin, jazz, laughter, rhythm?  I probably never heard the term growing up.  I knew I was Irish.  I was Catholic and was taught to defend my faith to the death like Maria Goretti, a saint who was stabbed to death rather than give up her virginity.  I should avoid “non-Catholics,” who might endanger my faith (although my best friend from age four had a Protestant parent).  I don’t think I met a Jewish person until my mid-20s.  Religious differences were made very clear to me.

. . . All my childhood, my white privilege was an unknown reality to me out of sheer ignorance and segregation from people who had less privilege and lacked equal rights because of the color of their skin.  I didn’t know any Black people then, hadn’t yet visited their homes, studied under them, read their books, become friends.

. . . Once my eyes began to open to white supremacy, first in college theoretically; then on my first teaching assignment in Montgomery on a deep gut level, I could never unsee what was so clear – the police dogs and firehoses used on young protesters, the bombing of the church that killed four little girls.  This experience radicalized me, set me on a journey to see, learn, fight for and stand up for racial justice.  It is still helping me look more deeply at my own blindness, to understand how my words and actions still carry unconscious prejudice.” 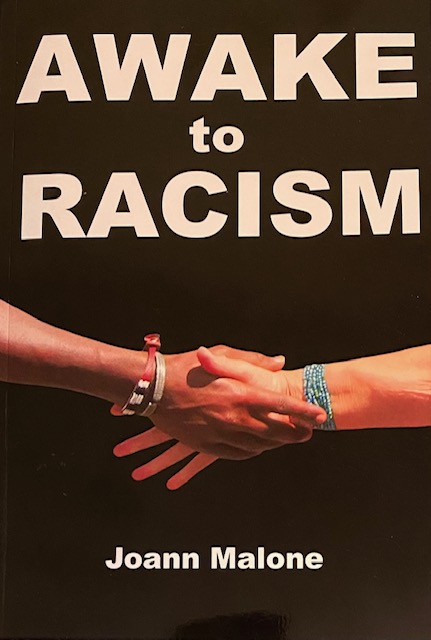 I am honored to share the above excerpts from my new book – AWAKE to Racism. You might ask what a white, Irish-Catholic ex-nun might have to say about this topic. But it was as a young Sister of Loretto, traveling to Alabama for my first teaching assignment, that I first began to “wake up” to the issues of segregation and police brutality.

The bombing of a church in Birmingham in 1963, killing four Black girls, was my George Floyd. It led me to my first Black friends, to forming a baseball team with the small all-white Catholic school where I taught and the even smaller all-Black Catholic school, St. Jude’s. This small beginning led to protests, Civil Rights and anti-war actions, culminating in one against Dow Chemical in DC in 1969. I became the first nun in the US to commit federal felonies and face 35 years in prison. 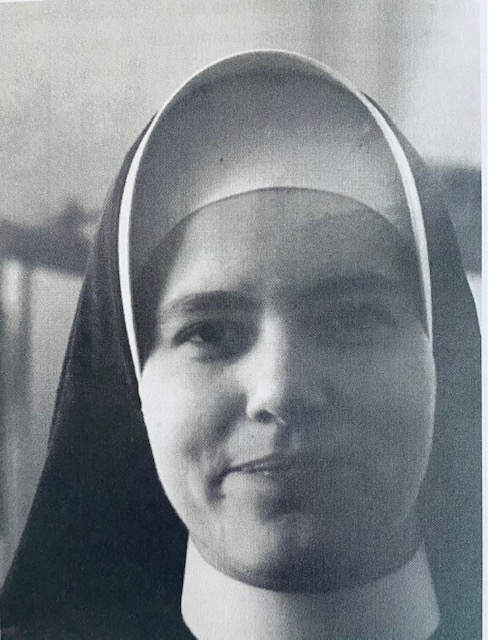 How did a nice Irish-Catholic girl like me end up a federal felon? You’ll have to read the book for those details. You will also hear the voices of African-American writers, poets, and leaders who show us the truth about the horrors of slavery, Jim Crow discrimination and injustice in our legal and prison systems today.

One of them, Ibram Kendi, author of How to be an Antiracist, explains that it is in the interest of white people to help build a truly equal society. We don’t have to lose anything or be particularly altruistic. Historically, white people have benefitted greatly from laws and policies that give more people access to good health care, housing, food, education and leadership.

Studying Black authors and delving into my own Irish history, I knew that I could not excuse myself or my ancestors from participation in our system built on slavery and perpetuated by false views of our differences. Even though I am not aware of particular ancestors who were slave-owners or racists, the history is eye-opening.

I found that Irish immigrants in the north were pitted against freed African American slaves for jobs, housing, and survival. During the Civil War, many Irish could not afford the $300 to buy their way out of the draft. In anger over this injustice and fear that African Americans would take their jobs, a mainly Irish mob on July 13, 1863 attacked wealthy Republican homes in New York, and lynched Black people. Over 1,000 were left dead. 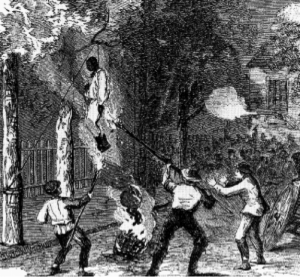 The lynching of an African-American on Clarkson Street, NYC, by an Irish mob. (Harper’s Weekly, 21 July 1863)

Who benefited? Only the wealthy factory and slave owners benefited from the “divide and conquer” strategy used throughout history. White supremacy failed as a real benefit to white workers and immigrants, and continues to fail working class people of all ethnicities today.

AWAKE to Racism also explores the benefits of diversity training in high school: from how to have hard conversations about racist policies, discrimination, and stereotypes; to finding common ground among people. The central message is one of unity, and of working together to build a truly equal society. We must find ways to work together for justice and equality or we all continue to suffer. “As long as one of us is oppressed, none of us is free.”

Although most of my ancestors were Irish, my future generations have already transformed our family. My son shares rich Jewish Czech genes and my granddaughter’s heritage is Cambodian. Readers in Lowell, where the Cambodian population is 12.5%, may enjoy my granddaughter’s lists of books, films, and groups to support, and actions to take to reduce misunderstanding among people — especially her film Kaun about the voices from Cambodia, silenced. (See it at www.anneliseratner.com).

Hopefully, this message of “waking up” to the rich, diverse cultures around us will open connections with neighbors, understanding of our mutual needs and action to nourish unity and peace. We already are a multicultural nation; celebrating that fact strengthens us all. 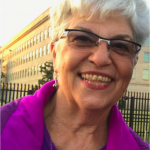 Joann is a peacemaker, meditation teacher, workshop leader, wife, mother, granny, social activist, writer and mediator. As a Sister of Loretto for almost twelve years, she taught high school in Alabama and Missouri where she became active in Civil Rights and anti-war activities.  She faced thirty-five years in prison for the DC-9 action against Dow Chemical’s production of napalm, nerve gas and defoliants for the war in Vietnam. She is grateful for another twenty years of teaching in DC and MD, training hundreds of students to lead diversity workshops.

Her Irish roots go back to great, great grandparents on her father’s side, who left County Kildare and County Kerry during the great famine. On her mother’s side, the Fitzsimmons clan arrived before the revolution. A priest once said that she was so Irish on both sides of the family “that it was an impediment to marriage.” Perhaps this had something to do with her choice to join the convent at age seventeen. Joann’s Qi Gong teaching can be found here, http://www.qicircles.com/ and her other writings can be read on her website https://joannmalone.wordpress.com/ Awake to Racism is available on Kindle and in paperback, here.

One Response to “AWAKE TO RACISM” by Joann Malone