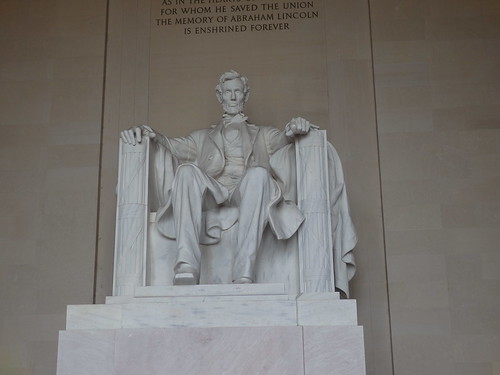 What’s the Lincoln shorthand? Freed the slaves, saved the union.

When he sees her lining up a shot, a guy in a straw cowboy hat

At late day reflecting sun off its narrow western face,

Marking a stop in work and return, a monument telling its own story,

One in which protestors rolled cut stones into the drink

4 Responses to Checking the Property