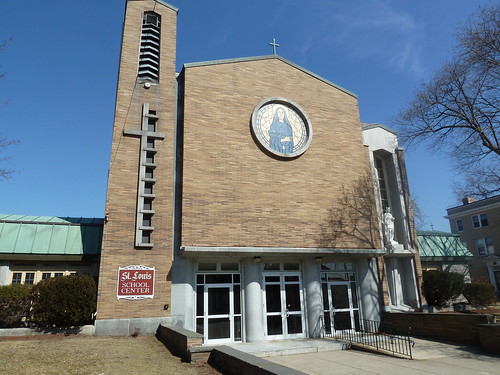 This essay was initially published in The Lowell Sun on December 14, 2020.

Can We Honor A Native Son?

Jack Kerouac is a world-renowned writer. He opened new avenues for American writers of the 20th century. He was central to the Beat Movement of the 1950s and 1960s. He wrote the founding novel of the Beat Movement: On the Road. He also wrote five novels about Lowell, plus a stream of poems, letters, and other novels exploring life, death, and spiritual realities as he experienced them in his travels, writing, worship, addictions, and relationships. And he was a product of Lowell’s Franco-American community — not speaking English until he was six, always speaking French with his family members, continuously in contact with French and French-Canadian literature and culture, and never abandoning the French-Canadian strain of Catholicism that colored and shaped his worldview.

Do we fully honor him here in his native city? What do we offer visitors from around the globe who come to explore his roots in Lowell and see the places where he lived, studied, worshiped, drank, brawled, fell in love, and played sports even as the larger world called him to grow beyond his birthplace? (Though Lowell constantly called him to return again and again.) How do we establish the link to his ethnic community and the ethnic culture that grounded him?

There’s Commemorative Park on Bridge St. with its lovely polished monoliths engraved with passages from his books. There’s the plaque on the Lupine Road cottage where he was born and lived in his infancy. There’s a growing archive of materials by and about him being gathered, organized, and digitized by the Kerouac Center at UMass Lowell for scholars, writers, and Kerouac devotees of every background and calling. There’s the Kerouac corner at the Pollard Memorial Library, where he spent days expanding his mind and mastering his command of English as he read omnivorously and encountered the great minds of literature. There’s a small Kerouac display at the National Historical Park Visitor’s Center on Market Street. But there is no one place in Lowell where short-term visitors can view exhibits or attend events that provide a comprehensive look at his life and work in the context of his city and its Franco-American community.

Other cities and towns manage to honor their artistic giants, whether the artist lived there for years or was born there and left. Stockbridge, MA has its Norman Rockwell Museum. Salinas, CA has its Steinbeck National Center. Tulsa, OK has its Woody Guthrie Center, while small-town Okemah, OK (Woody’s birthplace), is working to restore the original Guthrie home.  Cambridge has the Henry Wadsworth Longfellow House. Concord has the Alcott family’s Orchard House, where Louisa May Alcott wrote Little Women. Concord also has the Ralph Waldo Emerson and Nathaniel Hawthorne homes. Lowell itself has the Whistler Museum, the birthplace of an artist who lived here the first three years of his life, despised the city and its industrial nature, and never returned, famously saying when he declared himself to have been born in St. Petersburg, Russia, “I shall be born when and where I want, and I do not choose to be born in Lowell.” Can’t we at least provide a museum or center on the scale of the Whistler Museum for a world-famous author who loved the city of his birth, wrote about it, visited regularly, and is buried here?

Right now, the church where Kerouac was baptized and the school he attended for a few years — St. Louis de France in Centralville — stand empty, unused, and awaiting sale by the Archdiocese of Boston.  Kerouac wrote about those buildings in his novel Visions of Gerard. At this writing, there is no public commitment on the part of the Archdiocese to preserve them as part of any purchase agreement. Nor has the city exerted any discernible effort to influence the Archdiocese in its sale of the St. Louis site, although a 2005 survey conducted by the Massachusetts Historical Commission recommended it be declared eligible for the National Register of Historical Places.

Shouldn’t the city at least consider what it might do to keep those buildings standing — and how at least one of them (perhaps the church?) might become a center for public exhibits and events centering on Kerouac, his work, and the Franco-American community that shaped him? Couldn’t the city explore with UMass Lowell’s Kerouac Center how a partnership of the two could work with the Archdiocese to achieve mutually satisfactory goals while fully honoring the native son who helped change American literature in the 20th century? Opportunities like the St. Louis site’s availability don’t arise every day. Surely, the city, the university, and the Archdiocese can find a way to capitalize on it. The only thing that seems needed is the will.

One Response to Can We Honor a Native Son?