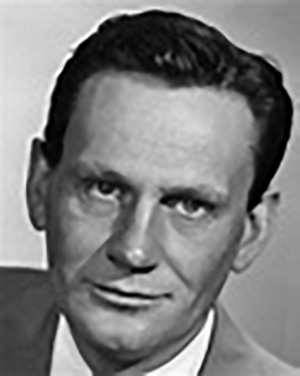 From Dracut to Hollywood:
The Wendell Corey Story

I confess to being a film addict since childhood.  Money saved from my paper route went to Saturday matinees and Photoplay magazines.  I kept scrapbooks of movie stars and sent away for autographed pictures.  My mother considered movies low brow and dragged me to endless classical symphonies. I can still see her standing in the doorway, shaking her finger, whenever Daddy and I left for Uptown Theater.

“But you’re a clergyman!” she whined.  “What will people think seeing you at the movies on a Sunday afternoon?”

“I think they’ll be pleased to see their minister having fun with his daughter,” my father inevitably replied.

I married a fellow film buff. The founder of New England Screen Education Association and film reviewer for Scholastic Magazines, my husband taught Media Literacy and film at Andover High School.  Were we the only parents who kept their children home from school the day after the Academy Awards? So they’d stayed up too late the night before for what we deemed their significant learning experience?  Is it any wonder two of them ended up in the film profession?

I don’t recall pasting Wendell Corey’s picture in my scrapbooks of stars, but months of Covid-19 quarantine has me watching old movies on YouTube.  I am amazed at the scope and versatility of this actor since his screen career didn’t get underway until middle age and he died at 54 from cirrhosis of the liver. A Second World War veteran, Corey received the Legion of Honor from Czechoslovakia. Tall and broad-shouldered with sleepy, blue eyes and a deep, commanding voice, he is barely remembered today. Yet Wendell Corey was adept at portraying a gumshoe, psychiatrist, news reporter, cold-blooded killer, cowboy in chaps, dangerous gangster, gambler, or devoted husband.

A descendent of John and Abigail and John Quincy Adams, Wendell Reid Corey was born in Dracut March 20, 1914, son of the Congregationalist minister.  He hoped to play tennis professionally though his first job was selling washing machines in local department stores. When picking up a friend after community theater rehearsal, Corey was invited to read for a part and discovered he enjoyed acting. His acting career began in 1938 with the Great Depression’s Federal Theatre Project.

A father of four, Wendell Corey was one of the first Hollywood actors involved in politics. He served as master of ceremonies for the Republican National Conventions of 1956 and 1960.  He was President of the Academy of Motion Picture Arts and Sciences from 1961 to 1963 and a board member of Screen Actors Guild, as well as a familiar Academy Awards presenter. He was elected to the Santa Monica City Council in 1965, beating 12 other candidates, a post he retained until death.  As a councilman, Corey supported many programs to improve Santa Monica’s parks and recreational areas. In 1966, he ran for a California seat in Congress but was defeated in the primaries.

After seeing Corey portray the cynical newspaperman in ‘Dream Girl,’ producer Hal Wallis urged him to sign a contract with Paramount. He made his screen debut in 1947 playing a gambler in ‘Desert Fury,’ billed with Burt Lancaster and Lizabeth Scott. Corey appeared on the London stage the same year in ‘The Voice of the Turtle.’ He was soon cast in many supporting and starring roles, along with some of Hollywood’s leading ladies.

By 1948, posters with Corey’s photo were announcing “Hollywood picks him for a brilliant future.”  He co-starred with Montgomery Clift, another ‘new discovery,’ in ‘The Search.’  He was attacked by a tiger in ‘Man-Eater of Kumaon’ the same year, though his character proved no match for the wild beast.  He  also appeared as Barbara Stanwyck’s doctor in 1948’s scary ‘Sorry, Wrong Number.’  Two years later, he played the Assistant D A smitten with Stanwyck in another film noir, ‘The File on Thelma Jordon,’ Hal Wallis teamed him with Stanwyck again in ‘The Furies,’ a Western.

In 1949, Corey was a relentless homicide detective in ‘The Accused,’ solving the death of Loretta Young’s student. “In the next life I’ll be a minister,” his character claims. “Then I won’t have to pick on anybody but the devil!”

One of Wendell Corey’s most familiar films is Alfred Hitchcock’s 1954 ‘Rear Window,’ where he played Detective Lt. Thomas Doyle.  The actor toured the country with the stage version of ‘Caine Mutiny Court Martial’ the same year.

MGM hired Corey to portray a gambler in 1949 for ‘Any Number Can Play,’ with Clark Gable. He also appeared in ‘Holiday Affair’ with Robert Mitchum in 1949. Although Corey’s role was boring businessman, he got to kiss Janet Leigh.

In 1950, Paramount cast him as Joan Crawford’s clueless husband in ‘Harriet Craig.’  Corey sported a mustache and sang in MGM’s 1951 musical ‘Rich, Young and Pretty.’  He then moved to Republic Pictures for top billing in ‘Wild Blue Yonder, ‘ a war film.  In 1952, he joined James Stewart for the biopic ‘Carbine Williams,’ then fought off wolves in ‘The Wild North.’  The following year in Paramount’s ‘Jamaica Run,’ he made a dramatic entrance on a rearing horse before joining Ray Milland in the Big House for a drink.

He appeared in ‘The Big Knife’ starring Jack Palance, Ida Lupino, and Shelley Winters in 1955.  Also active in television, he had the title role in ‘The Lou Gehrig Story’on the Climax series.

‘The Killer Is Loose,’ a 1956 thriller, featured Corey as creepy Leon Poole, a myopic nerd bent on revenge. That year he also played the deputy sheriff in ‘The Rainmaker,’ starring Burt Lancaster and Katherine Hepburn and was featured with Paul Newman in the Korean War drama, ‘The Rack.’

In 1957, Corey joined Elvis Presley in ‘Loving You,’ the rock and roll heart throb’s second film. The following year, he portrayed a 1700s racist fighting Native Americans in Disney’s ‘Light in the Forest.’  In 1959, he performed on Broadway in ‘Jolly’s Progress,’ then headed back to Hollywood for the title role in the Bob Hope comedy ‘Alias Jesse James.’ Corey had previously robbed trains as Jesse’s brother, Frank, in ‘The Great Missouri Raid.’

Corey had the lead role of Dr. Theodore Bassett in the medical drama ‘The Eleventh Hour’ (1962–1963) and made guest appearances on a number of television shows, including Alfred Hitchcock Presents, The Untouchables, Burke’s Law and The Wild Wild West and Perry Mason.

The busy actor shot two Westerns with Howard Keel in 1966: ‘Waco’ and ‘Red Tomahawk’ and received top billing in ‘Women of the Prehistoric Planet’ that year, as well as appearing in the sc-fi movie, ‘Cyborg 2087’ and a horror film, ‘Picture Mommy Dead.’  In 1968, he was a mean-spirited rancher in ‘Buckskin,’ hell- bent on forcing homesteaders off his Montana territory.

This multi-talented Dracut native has a star on Hollywood’s Walk of Fame.  Now, move over Netflix, I’m about to watch another Corey Story.

3 Responses to From Dracut to Hollywood: The Wendell Corey Story