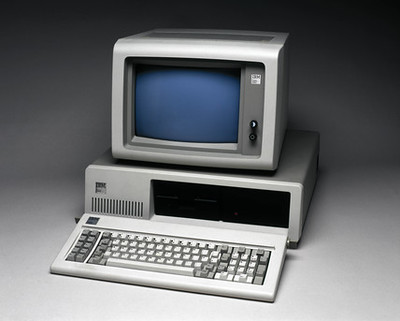 I wish I had a computer like the ones on TV cop shows.

Know what I mean?

The lieutenant says, “Officer Suzie. Find out what you can about this guy John Smith. We need it fast.”

Suzie, who is a knockout by the way, pounces on the keyboard and seven seconds later says, “I got him, lieutenant. Here’s his photo. And here’s his rap sheet, a picture of his driver’s license, his final grades in all four years of high school and this month’s charges on his Visa card. And, if you look at this Google map, you can see he’s walking down Main Street right now with a six-pack.”

I should have such a computer. Mine doesn’t even recognize me, let alone John Smith. And neither does my bank. The bank used to know me but there are times when it doesn’t. Those institutions are so fickle.

A while ago, out of nowhere, the bank began making believe it didn’t recognize my ID or password when I tried to pay some bills online. I tried three or four times with different combinations and then I got the dreaded notice: “If you do it wrong one more time, buster, we’re freezing the account and we’re sending a couple of guys to your house (we know where you live) to do a number on your head.”

They didn’t actually say that in so many words but I got the message. Finally, they said that even though they didn’t believe me and my ID they’d give me one more chance. They’d send a text message to my cellphone with secret numbers on it and if I keyed in those numbers they’d let me see my account.

That worked but it was only a temporary fix. The next time I tried to log on I got the same runaround.

So, I went to my local bank branch and a young woman in one of those little offices walked me through the ordeal of creating a new ID and password and, shazam, I was into my online account.

As soon as I got home and tried again to find what was going on with my money, the bank once again made believe they never heard of me or that woman in the little office in the branch.

Now when I want to pay a bill online I have to have my cellphone with me because that’s where they send the secret numbers.

My experience with the bank is only the tip of the iceberg. I have a typed list of IDs and passwords that fills both sides of an 8 ½ by 11 sheet of paper. I’m beginning to suspect that, like bananas, passwords go bad after a while. They’re all perfectly good when I create them – plenty of letters, numbers and #s, &s and $s sprinkled in to add a little spice. But apparently over time they grow some type of cyber mold that renders them useless.

Just for the record, I’ve never left a bank. Banks leave me. They merge or disband or whatever. One was closed by the state for hanky and panky. Turned out there was something like $2 million missing.

Fortunately, those wonderful people from the FDIC swooped in and gave all us depositors our money back.

But I digress. My bank recognizes me now so I’ll just tiptoe away from the subject of finances and move smartly to the topic of computers generally.

I was introduced to computers long ago when the company I worked for began using them instead of typewriters. In our department of some 70 employees, two young women were responsible for training the rest of us sluggards who thought that changing a typewriter ribbon was the apex of technological skill.

Those two women, like computer instructors everywhere, offered the same advice: “Don’t be afraid of it. You can’t hurt it.”

Oh, yeah? One day I somehow wandered off the path of righteousness and into the land of cyber iniquity. I must have committed some forbidden keystrokes. The computer froze. But hey, what could go wrong? The instructors had said, “You can’t hurt it.”

So, I summoned one of the instructors and told her what had happened. I knew immediately that I had done something terribly wrong when I saw the look of terror on her face.

“You shouldn’t have gone THERE,” she cried. “Never go THERE!”

I perceived from that reaction that it actually was possible to hurt a computer. Typewriters are nowhere near as sensitive.

She got me out of THERE and I never went back. Actually, I couldn’t have gone back because I had no idea how I had gotten THERE in the first place.

Computers have changed a lot since those days. There are many more ways to get in trouble now. My favorite method for dealing with these annoyances is to shout at the monitor. “No, no, no. I don’t want that! Just do what I tell you.” I usually enhance these outbursts with colorful one-syllable words that I can’t use here.

I’m thinking that the best thing for me to do is to actually get a computer like the cops have. They must get new ones every few years and maybe I could buy one of the old ones. Then, if I had a problem, I could just call officer Suzie.

3 Responses to “Time to Call 911” by Jack McDonough